Deprecated: Methods with the same name as their class will not be constructors in a future version of PHP; WP_Widget_Factory has a deprecated constructor in /home/mhuddelson/public_html/pension360.org/wp-includes/widgets.php on line 544
 featured | Pension360 | Page 19
Skip to content 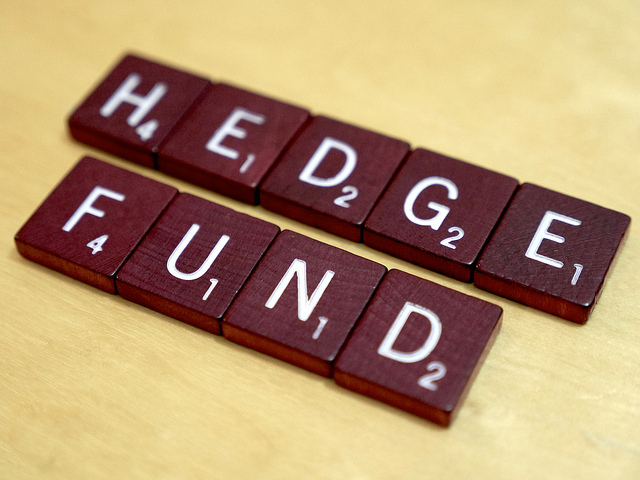 We’ve heard what CalPERS officials had to say about the decision to cut ties with hedge funds. But how are advisors and fund managers within the industry reacting to the news?

A few anonymous hedge fund advisors have claimed that CalPERS’ problem wasn’t hedge funds as an asset class—the problem was that the pension fund was bad at picking which hedge funds to invest in. From Business Insider:

“I think CalPERS is not a particularly good hedge fund investor,” one prominent hedge fund manager told Business Insider. He cited the pension fund’s lackluster annualized rate of return of 4.8% over the last ten years. “I would redeem too.”

He continued: “I think it’s not hedge funds as an asset class. It’s the ones they invest in.”

“They got what they paid for since they only invested in managers who would cut fees. So the best funds wouldn’t do that, so they had a mediocre portfolio.”

Another investment officer gave a more measured response to the New York Times:

“I think the industry is changing. There is less tolerance for underperformance in an environment when you have a relative huge outperformance with more liquid opportunities like an S.&P.-500 index fund,” said Elizabeth R. Hilpman, chief investment officer at Barlow Partners.

“There is a lot of disappointment that hedge funds have not been able to capture more of the market results,” she added.

Several advisors gave some interesting opinions to Wealth Management, too:

“We already ignore the [hedge fund] genre because they are the Groucho Marx club of investing: The only ones that will let us in are the ones in which we don’t want to be invested,” said Stephen Barnes, investment manager and chief compliance officer of Barnes Investment Advisory. “Fees are too high. Truly a ‘heads I win, tails I don’t lose’ proposition for the hedge fund manager.”

Some advisors defended hedge funds in light of CalPERS’ decision. From Wealth Management:

“The time for a ‘true’ hedge fund (and not the levered up investment vehicles that many morphed into pre-2008) is when valuations are high, not after the correction has already occurred,” Graves said. “Just wait for a pullback in next 12-24 months and see how they try to explain away dumping an absolute return strategy.”

“To a contrarian this might mean it is time to consider investing in hedge funds,” said Kris Maksimovich, president of Global Wealth Advisors. “The decision could push hedge funds, especially the more expensive variety, to reconsider their pricing.”

There are plenty more quotes in the linked articles.

CalPERS has been reviewing its hedge fund strategy for months, and that review initially led to a 40 percent pullback from hedge funds.

But now the California pension fund has announced plans to cut the cord from hedge funds entirely, pulling out $4 billion from 30 hedge funds. From Reuters:

Calpers, the largest U.S. pension system, said on Monday it has scrapped its hedge fund program and will pull about $4 billion in its investments from 30 such funds.

The $300 billion California Public Employees’ Retirement System said it would exit the program, known internally at Calpers as the Absolute Return Strategies (ARS) program, to reduce “complexity and costs.”

“Hedge funds are certainly a viable strategy for some, but at the end of the day, when judged against their complexity, cost, and the lack of ability to scale … the ARS program doesn’t merit a continued role,” Ted Eliopoulos, Calpers interim chief investment officer, said in a statement.

Calpers said it will spend the next year exiting 24 hedge funds and six hedge fund-of-funds, “in a manner that best serves the interests of the portfolio”.

The decision to exit the hedge fund program culminates a search, Calpers says, that began after the 2008 financial crisis to ensure it was “less susceptible to future large drawdowns.”

Calpers has signaled waning enthusiasm for the asset class for some time. It started a review of its hedge fund program this year and has said for months it would cuts its allocation to hedge funds.

Yesterday, the KRS Board of Trustees approved a measure designed to increase transparency surrounding the fees the System pays to individual firms to handle its investments. From WFPL:

Kentucky Retirement Systems, which runs the $16 billion pension and health care funds for state, city and county workers and retirees, will be providing more detail about the fees it pays to the managers of its so-called “alternative” investments.

[Interim investment director David Peden] said KRS’ investment committee and the full board warmed to the idea after articles by the Kentucky Center for Investigative Reporting and the Lexington Herald-Leader on the level of transparency about fees paid to hedge funds and private equity firms.

Until now, KRS had disclosed the total amount of fees paid to investment firms — $53.6 million in the year that ended June 30, 2013 — but did not report the fee rates charged by individual firms. That practice will change in coming weeks, Peden said, as KRS staff posts fees for all current holdings on the agency’s website.

So, interested observers will be able to find the fee rates that KRS pays to individual firms.

But KRS still isn’t going to tell the public everything.

Among the information that will still be inaccessible to the public: the total dollar amount of fees paid to individual firms; the fee rates paid to “fund of funds”; and the specific make-up of the alternative funds, which are protected by confidentiality agreements between KRS and the fund managers.