Deprecated: Methods with the same name as their class will not be constructors in a future version of PHP; WP_Widget_Factory has a deprecated constructor in /home/mhuddelson/public_html/pension360.org/wp-includes/widgets.php on line 544
 Alabama Pension Gets $21 Million in Securities Fraud Settlement Deal | Pension360
Skip to content 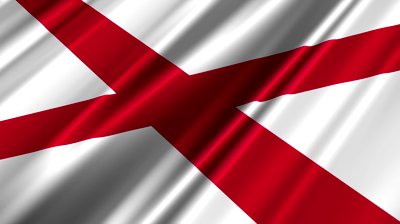 The Retirement System of Alabama (RSA) has a $21 million check heading its way after the state reached a settlement deal with Greg Aziz, who was charged with 11 counts of securities fraud stemming from a loan given by RSA to Aziz’s company, National Steel Car Limited.

The settlement requires Aziz, 66, to pay $21 million in damages to the Retirement Systems of Alabama and to reimburse about $1 million to the Alabama Securities Commission and the Colbert County District Attorney’s Office for investigative costs associated with the case, according to authorities. The charges against Aziz were dropped.

“I wouldn’t have agreed to anything without the agreement of the Retirement System and the Securities Commission,” Colbert County District Attorney Bryce Graham Jr. said. “They were OK with the agreement, and we moved forward with it.”

Aziz was charged in November 2013 with 11 counts of securities fraud. Under the settlement, the charges will be dropped.

Graham said Aziz did not plead guilty to anything. He said the $21 million already has been paid back.

“We’re happy to be able to return the money back to RSA,” Graham said. “It was a good settlement for all parties concerned.”

David Bronner, CEO of the Retirement Systems of Alabama, told the TimesDaily in a telephone interview from his home Friday, “I think it was good for the state to get something out of him. We did about as good as we could possibly do.”

“It’s hard to sneeze at $21 million,” Bronner said. “It’s good to get this behind us and move on. This lets people know you can’t just rip off the Retirement Systems and get away with it.”

More background on the loan that eventually led to charges being filed:

According to the indictment and the settlement agreement, RSA granted Aziz a three-year loan of $350 million to construct a railcar plant in Colbert County.

Aziz was to have paid interest to RSA on the loan at 9 percent.

The nearly mile-long plant in the Barton Riverfront Industrial Park was supposed to employ 2,200 people and was, at the time, thought to be a major industrial development project for the state. At the conclusion of the construction, Aziz was to obtain long-term financing through an alternate source.

The workforce at the plant never reached 200 under National Steelcar Limited.

To induce RSA to make the loan, court documents show, Aziz represented that he could build the plant for $350 million, that he owned a railcar manufacturing company in Canada worth more than $200 million that was debt free, that he had access to an unused line of credit of $100 million and that he owned the unencumbered rights to the patents necessary to build numerous types of railcars in Alabama.

According to court documents, Aziz failed to disclose to RSA that before he spent any of the original loan proceeds he knew the plant would cost well in excess of $350 million or that his company had incurred over $100 million in long-term debt, no longer had the $100 million line of credit, and had granted liens on the railcar patent rights, which would have required him to get permission from a third party to build the railcars in Alabama.

As a result of Aziz’s failure to notify RSA of these events, RSA said it was required to expend an additional $215 million to complete the railcar plant and in 2010 took over ownership of 100 percent of the stock in the plant from Aziz.