Deprecated: Methods with the same name as their class will not be constructors in a future version of PHP; WP_Widget_Factory has a deprecated constructor in /home/mhuddelson/public_html/pension360.org/wp-includes/widgets.php on line 544
 Changing the Conversation About Pension Reform | Pension360
Skip to content 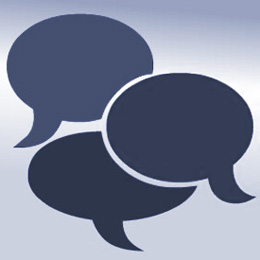 Keith Ambachtsheer, Director Emeritus of the International Centre for Pension Management at the University of Toronto, wants to change the conversation around pension reform from “dysfunctional” to “constructive”.

In a recent article in the Financial Analysts Journal, Ambachtsheer explains how the reform conversation can be “re-framed” and become more productive. He writes:

The sustainability of traditional public sector defined benefit (DB) plans has become front-page news and the subject of acrimonious debates usually framed in stark terms of DB versus DC (defined contribution). This either/or framing is unhelpful: It simply perpetuates the strongly held views of the defenders and critics of these two opposing pension models. Moving the pension reform yardsticks in the right direction requires that we stop this dysfunctional either/or framing and move on to a more constructive conversation about what we want our pension arrangements to achieve and what that tells us about how to design them.

So, how do I propose to change the conversation about pension reform from dysfunctional to constructive? By reflecting on the implications of five pension design realities:

2. All pension systems have embedded risks that must be understood and managed.

3. Some of these risks have an intergenerational dimension.

The three design features common to all good pension systems are:

1. inclusiveness—all workers are afforded a fair opportunity to provide for their retirement;

2. fitness-for-purpose—the system is purposefully designed to start paying a target pension for life on a target retirement date; and

3. cost-effectiveness—retirement savings are transformed into pension payments by “value for money” pension organizations.

Surely, no rational person would disagree with these three features. So far, so good.

Ambachtsheer goes on to talk about the failings of DB plans in recent years – but says it would be a “tragedy” to scrap them for DC plans:

Remember how we talked ourselves into a “new era” paradigm as the last decade of the 20th century unfolded? As it ended, most DB plan funded ratios were well over 100%. Did we treat these balance sheet surpluses as “rainy day” funds to see the plans through the coming lean years? We did not. Predictably, we spent the surpluses on benefit increases and contribution holidays. After all, was this not a new era of outsized economic growth rates and stock market returns? Was taking on more risk not synonymous with earning even higher returns?

A decade later, we know that the answers to these turn-of-the-century rhetorical questions are no and no. On top of these stark economic realities, red-faced actuaries are now confessing that they have been underestimating increases in retiree longevity for quite some time.

Given the current poor financial condition of many public sector DB plans, it should come as no surprise that people on the far right of the political spectrum want to do away with this type of pension arrangement altogether. Doing so would be a tragedy. I agree with Leech and McNish that none of these weaknesses need be fatal if we repair them now.

But how to repair DB plans? Ambachtsheer offers the idea of defined ambition (DA) plans. He writes:

It seems to me that ditching the dysfunctional DB/DC language is the best way to start these repairs. Political leaders in the United Kingdom, the Netherlands, Denmark, and Australia have already done so. They now speak of defined ambition (DA) pension plans. Vigorous debates on how best to design and implement DA plans are taking place in all four countries.3 In my view, a good DA pension plan has six critical features:

1. A target income-replacement rate—how much postwork income is needed to maintain an adequate standard of living?

2. A target contribution rate—given realistic assumptions about working-life length, longevity, and net real investment returns, how much money needs to be set aside to achieve the pension target?

The entire article, which contains more analysis than excerpted here, can be read here.