Deprecated: Methods with the same name as their class will not be constructors in a future version of PHP; WP_Widget_Factory has a deprecated constructor in /home/mhuddelson/public_html/pension360.org/wp-includes/widgets.php on line 544
 Ontario Teachers’ Eyes London Expansion? | Pension360
Skip to content 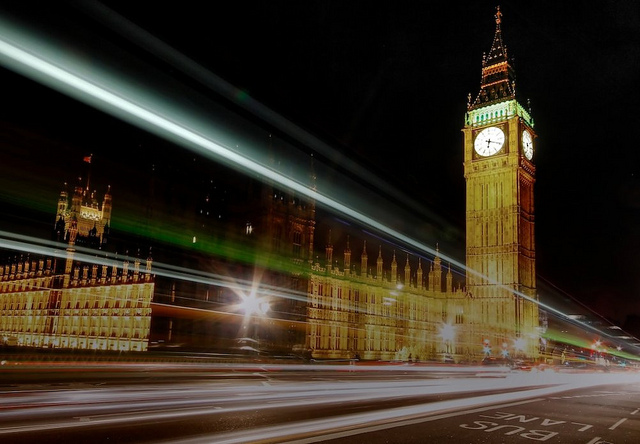 Ontario Teachers’, the Canadian pension plan that owns the UK’s High Speed One railway and its National Lottery operator, is planning to expand further in London, tripling the size of its European investment team.

It revealed on Thursday that it aimed to grow its private equity arm by adding staff in infrastructure and in what it calls “relationship investing” — investing in public or nearly-public companies and working closely with the managers.

Its expansion is expected to lead to further purchases in the UK, where it also owns Birmingham and Bristol airports.

“We own four airports, so why wouldn’t we look at London City Airport?,” says Jo Taylor, Teachers’ European head, highlighting one asset that is coming to the market. (Teachers also owns Brussels and Copenhagen airports.)

Ontario Teachers’ is one of a rare breed of pension fund investors — many of them Canadian — that are using in-house teams to find and buy assets independently, or alongside buyout firms, as well as paying fees to traditional third-party funds.

They are increasingly seen by some buyout managers as rivals in a market where prices are high and deals scarce.

“They’re the poster boy, the role model if you like, for increasingly active investors in private equity,” says Stephen Gillespie, a partner at Gibson Dunn.

Mr Taylor, a veteran of 3i, the British buyout firm, prefers to talk about partnership.

Expanding in London, in a timezone where the fund can quickly give feedback on investment offers, provides “the ability for us to develop strategic relationships for the plan over the long term”, he says. “Teachers’ is very much focused on partnering.”

The nature of these businesses — unglamorous, but with inflation-busting cash flows — is not the private equity norm.

Part of the reason Teachers’ has become a large investor in infrastructure — typically a long-term investment — is that its private market returns have to protect future payouts to its more than 300,000 pension members. Public-sector pension plans must be fully-funded under Canadian law. (LK: this is false, only true in the Netherlands)

Ron Mock, chief executive, says the UK is the “model that the rest of the world follows” on infrastructure investment policy.

“It’s about clarity of outcome, it’s the regulatory environment,” he adds. “There’s not a lot of, or hardly any, renegotiation after a deal is done.”

But in both infrastructure and private equity, asset prices are high, as capital is flooding into what are inherently scarce assets from low-yielding public markets.

In buyouts, some question whether Teachers’ edge is simply overpaying and reducing its future returns.

Teachers’ view is that it takes a different perspective to traditional private equity firms by holding investments for the longer term.

Private equity firms can often own businesses for half a decade or more — but the limited lives of funds means they have to sell within a set period.

The nature of leverage, used to juice returns, can also make funds unwilling to inject more capital after the first investment.

“We can provide multiple subsequent rounds of capital,” Mr Taylor says. “We can hold an asset for seven, 10, 12 years . . . we look at these projects with a conservative approach. We’re more likely to apply lower levels of debt.”

In terms of Teachers’ returns, Mr Taylor says the fund has a 24-year record in private equity of 20 per cent net returns.

There is some academic evidence to back this up. In 2014 a Harvard Business School paper found ‘solo’ direct investments in private equity by seven anonymous large institutional investors returned more than public markets between 1991 and 2011.

Although these deals fared better than co-investing in companies alongside private equity managers, their outperformance versus investing in buyout funds was more mixed.

This is an excellent article but let me go through some of my thoughts. First, unlike the Netherlands, there are no laws forcing public sector pension plans in Canada to be fully-funded. It’s too bad because I think everyone should be going Dutch on pensions, including our much touted Canadian funds which are global trendsetters.

Second, I have mixed feelings about Canadian pension funds opening up offices in London, New York, Hong Kong or elsewhere. On the one hand, I understand why they need “boots on the ground” but is it really necessary, especially if they have solid partners in these regions to work with? I’m not convinced about opening up foreign offices and paying people a lot of money for a job that can be done by pension fund professionals in Canada working with solid partners (here I prefer PSP’s approach than CPPIB’s and Teachers’). But if it works and helps reduce fees, maybe there is a rationale for such an approach.

Third, while direct investments in private equity do not regularly outperform other private equity investments, more and more private and public companies are looking for a long-term partner like Ontario Teachers’ when it comes to improving their operations. Even private equity funds are thinking long-term these days, emulating Buffett’s approach.

But don’t kid yourself. Mark Wiseman, president and CEO of CPPIB, told me a few years back that Canada’s pension fund invests and co-invests with top private equity funds because he “can’t afford to hire a David Bonderman.” However, in infrastructure, he told me CPPIB goes direct like most of Canada’s large pension funds.

Fourth, Ron Mock, the president and CEO of Ontario Teachers’, sounded the alarm on alternatives in late April. He knows the current environment is extremely difficult for liquid and illiquid investments but he and his team are always on the hunt for reasonably priced prize assets, especially in infrastructure.

In fact, Ron clearly explained OTPP’s asset-liability approach to investing when we chatted about the plan’s exceptional 2014 results. Everything at Teachers’ is about matching assets to liabilities. So, when I read that Teachers’ recently bought a stake in a French funeral business, I wasn’t surprised. These type of businesses aren’t glamorous but they provide steady cash flows over a long period, just like infrastructure.

Let me end this comment by plugging a firm in Toronto, Caledon Capital Management. I recently met three partners — David Rogers, Stephen Dowd and Jean Potter — here in Montreal and was thoroughly impressed with their approach in helping small and medium sized pension plans and family offices gain a foothold in infrastructure and private equity.

Prior to founding Caledon, David was the SVP at OMERS’ Private Equity and Stephen was the SVP, Infrastructure and Timberland, at Ontario Teachers’ before he joined Caledon last year. Together, they have years of experience working at public pensions which gives them an advantage when they assist their clients on board investment committees, helping them invest in these alternative asset classes.

[Footnote: David Rogers is one of the nicest guys I ever met in the pension fund industry and he helped Derek Murphy, PSP’s former SVP of Private Equity, and I a lot when we prepared the board presentation on private equity back in 2004. Derek, if you’re reading this, contact David at drogers@caledoncapital.com.

Also worth noting that Guthrie Stewart joined PSP Investments in September 2015 as Senior Vice President, Global Head of Private Investments. He will be replacing Derek Murphy in this new role and you can read about him here.]

As always, please remember to subscribe and/ or donate to PensionPulse via PayPal at the top right-hand side and support my efforts in bringing you the very best insights on pensions and investments. I thank all of my institutional supporters who value the work I provide them with.