Deprecated: Methods with the same name as their class will not be constructors in a future version of PHP; WP_Widget_Factory has a deprecated constructor in /home/mhuddelson/public_html/pension360.org/wp-includes/widgets.php on line 544
 bank of america | Pension360
Skip to content 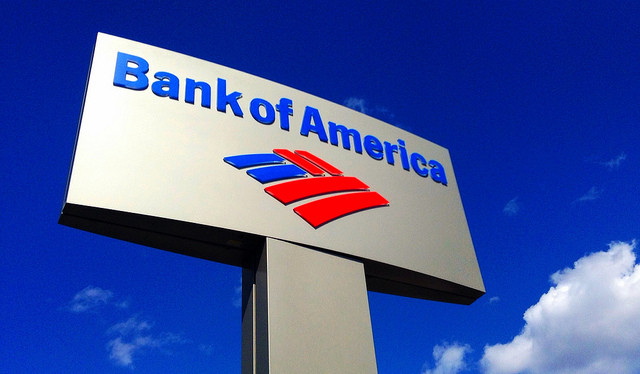 Three of the country’s largest public pension funds are pushing back against Bank of America’s recent decision to appoint Brian Moynihan as CEO and chairman.

A shareholder resolution had previously mandated that the positions be separate.

Now, pension funds are telling Bank of America it has poked its “finger in the eye of investors.”

Three of the largest pension systems in the U.S. are pushing back on the bank’s move, announced earlier this month. The resistance from the California Public Employees’ Retirement System, the California State Teachers’ Retirement System and the adviser to New York City’s five pension funds may result in a variety of steps to try to improve governance, including a shareholder campaign to challenge the move in the spring, according to people familiar with the matter.

Bank of America set off these investors’ ire when its board changed the bank’s bylaws Oct. 1 to allow it to combine the chairman and CEO roles, then announced later that day that it had given the chairman’s job to Mr. Moynihan. The move essentially unraveled a binding 2009 shareholder resolution to separate the positions. A majority of shareholders, including the three pension systems, had voted for that change at the bank.

“They have flaunted the will of the shareholders,” said Anne Sheehan, corporate-governance director at the California State Teachers’ Retirement System, or Calstrs, the second-largest pension fund in the U.S. by assets. “It’s like the board poking their finger in the eye of investors,” said Michael Garland, director of corporate governance to New York City Comptroller Scott Stringer, who advises the five New York City pension funds.

Collectively, the three pension systems control 93 million Bank of America shares, or about 0.9% of shares outstanding, according to the most recent data available.

Bank of America’s board is within its rights to combine the positions, because the board of virtually any company incorporated in Delaware is allowed to alter corporate bylaws, even if it means undoing a previous shareholder change.

Warren Buffett, another large shareholder, said he supported the move. From the WSJ:

Some big shareholders supported the move, including Warren Buffett , whose Berkshire Hathaway Inc. made a $5 billion investment in the bank in 2011.

“I support the Board’s decision 100%,” Mr. Buffett said in an email Wednesday in response to questions from The Wall Street Journal. “ Brian Moynihan has done a superb job as CEO of Bank of America and he will make an excellent Chairman as well.”

A CalSTRS spokesman told the Wall Street Journal that it is talking with other shareholders about next steps. The pension funds could use their sway to vote out certain board members; they could also file another shareholder resolution, similar to the one in 2009, which would prohibit the CEO and chairman positions from being occupied by one person. 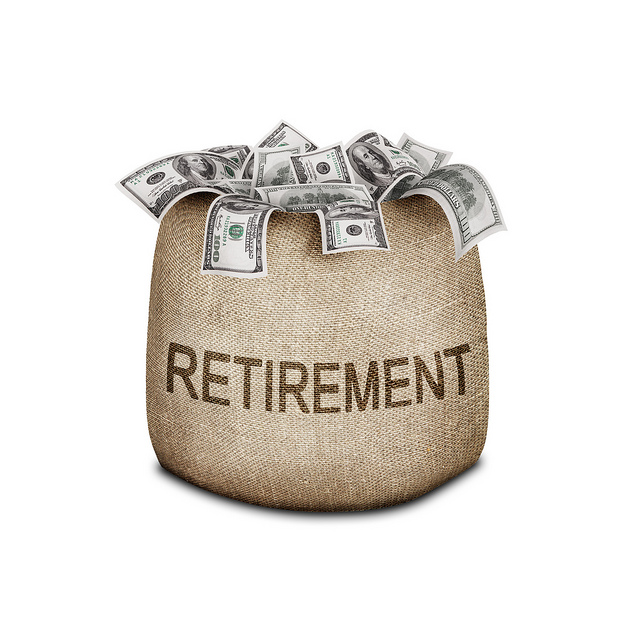 Are affluent households worrying about having enough money to last through retirement? According to a survey from Bank of America, the short answer is “yes” – in fact, it’s one of their biggest concerns.

Bank of America polled 1,000 “affluent” people with investable assets of between $50,000 and $250,000. The results were published in the October issue of Pension Benefits:

“More than half (55%) of the mass affluent (defined as individuals with $50,000 to $250,000 in total household investable assets) fear going broke during retirement-far more common than other stress-inducing pressures such as losing their job (37%).

Despite their fears about future finances, many mass affluent won’t consider cutting back on indulgences today to save for retirement-from entertainment (33%) to eating out (30%) to vacations (28%).

Even if they were faced with a hypothetical milliondollar windfall, fewer than one in five (19%) would make it a priority to set aside the ‘found money’ for their retirement years.

More Boomers (27%) than Gen Xers (16%) and Millennials (6%) would first consider allocating a million-dollar lottery prize to their retirement funds.

Additionally, the most common factors competing with respondents’ regular retirement savings are unexpected costs (33%) and paying off big debts (31%). Paying off large debts (such as student loans) has competed with the retirement savings of more Millennials (38%) than any other generation.

About a quarter of Millennials (24%) and Gen Xers (25%) believe they’ll need at least $150,000 annually when they retire-far more than Boomers, with just 11% believing they’ll need that much income in retirement.

As for when people began saving for retirement:

The most common trigger for those with retirement savings to begin investing for retirement was an account being offered at work (48%). Far fewer were spurred to invest due to major life events like getting married (18%) or having their first child (12%).

More millennials (36%) and Gen Xers (32%) than Boomers (15%) and Seniors (12%) were motivated to save for retirement when they started their first jobs. Almost three in ten (28%) Millennials first started saving for retirement after a raise or promotion at work, versus 10% of older generations.

The article can be read in the journal Pension Benefits. The report can also be viewed here.

A handful of pension funds will be receiving large chunks of change after Bank of America agreed today to pay $17 billion to end a Justice Department probe into the bank’s sale of toxic mortgage securities.

The Justice Department alleged that Bank of America violated federal law when it marketed and sold investment vehicles tied to shoddy home loans and misled investors about the quality of the investments.

Many pension funds were major investors in such investment vehicles and sustained major losses on those investments during the financial crisis.

But some funds will be getting a chunk of that money back, including numerous Illinois funds and the Kentucky Retirement System. From Red Eye Chicago:

For Illinois, the $16.65 billion national settlement means a cash payment of $200 million for the state’s pension system, making it whole for losses sustained as a result of the risky investments.

Kentucky’s payout is substantially smaller than that of Illinois, but the KRS will still see some relief. From the Lexington Herald-Leader:

Kentucky Retirement Systems will get $23 million from Bank of America’s $16.65 billion national settlement with the federal government over accusations that the bank improperly dumped “toxic” mortgage-backed securities on the market, helping fuel the economic recession of 2008.

This isn’t the first major settlement stemming from toxic investments that have benefited pension funds. Earlier this year, CalPERS and CalSTRS received over $100 million combined when CitiGroup agreed to a $7 billion settlement.

Illinois was a beneficiary of the CitiGroup settlement as well, as three Illinois funds received a combined $45 million as reparations for their investment losses.