Deprecated: Methods with the same name as their class will not be constructors in a future version of PHP; WP_Widget_Factory has a deprecated constructor in /home/mhuddelson/public_html/pension360.org/wp-includes/widgets.php on line 544
 calpers investments | Pension360
Skip to content

Alfred Villalobos, the former CalPERS board member and placement agent who allegedly bribed then-CalPERS Chief Executive Fred Buenrostro to the tune of $250,000, pleaded not guilty to bribery charges on Wednesday.

Buenrostro has already pled guilty to charges that he accepted the $250,000 bribe and falsified pension fund documents with Villalobos.

His lawyer, Bruce Funk of San Jose, said the trial is scheduled for Feb. 23. Villalobos, 70, who lives in Reno, remains free on bond.

Villalobos had already pleaded innocent to charges that he and Buenrostro falsified pension fund documents to make sure Villalobos would get paid his commissions. The case took a dramatic turn in July, when Buenrostro pleaded guilty to much broader charges – that he had accepted $250,000 in bribes from Villalobos, along with the promise of a job and other favors.

In August, the government issued a new indictment against Villalobos, charging him with paying the bribes that Buenrostro admitted taking. Besides the cash bribes, Villalobos provided Buenrostro with “entertainment, travel, lodging, jewelry, casino chips and other benefits,” according to the indictment.

The government is continuing to charge him with falsifying documents, the allegation contained in the earlier indictment.

Villalobos has been charged with three felony counts in all. He faces up to 30 years in prison, the same as in the original indictment, if convicted on all charges.

Buenrostro, following his guilty plea to a single count of conspiracy, could get up to five years in prison at his sentencing in January. He is free on bond.

Buenrostro and Villalobos conspired to direct billions of dollars in CalPERS investments to a private equity firm called Apollo, for which Villalobos was working as a placement agent. 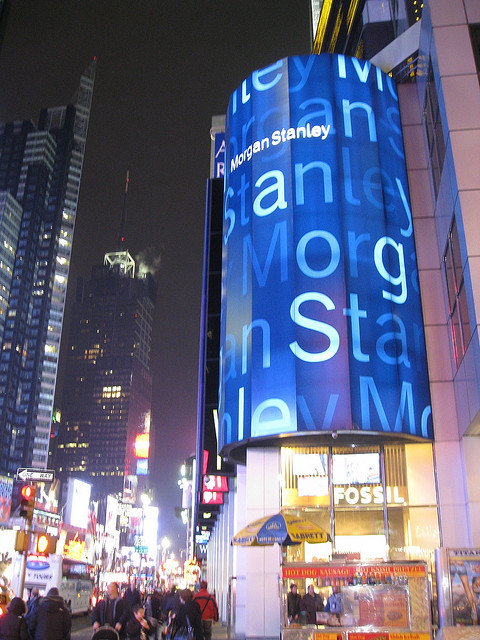 An SEC filing this week revealed that Morgan Stanley is anticipating a lawsuit from the California Attorney General stemming from massive investment losses sustained by CalPERS in 2007.

CalPERS claims it lost over $199 million on those “toxic” real estate investments, which it bought from Morgan Stanley after the bank allegedly “misrepresented” the quality of the investments.

The lawsuit concerns investments CalPERS made with Cheyne Finance LLC in 2006. The firm went bankrupt in 2007, leaving CalPERS with massive losses.

CalPERS has previously filed lawsuits against several ratings agencies for the AAA ratings they assigned to structured investment vehicles produced by Cheyne in 2006. More details from the Sacramento Bee:

Morgan Stanley, in a Securities and Exchange Commission filing earlier this week, said it was told by California Attorney General Kamala Harris in early May to expect a lawsuit over its marketing of the investments, which were made during the housing boom. Harris said the bank misled investors and she is likely to seek triple damages.

In its filing, the bank said it “does not agree with these conclusions and has presented defenses” to the attorney general. A spokesman for Harris declined comment.

The bank said the potential lawsuit revolves around its marketing of “structured investment vehicles,” a series of deals developed by a firm called Cheyne Finance. The vehicles were grab bags of mortgage loans and other assets.

Between 2007 and 2009, CalPERS lost around $1 billion on its investments with Cheyne and two other SIVs, according to its lawsuit against S&P. 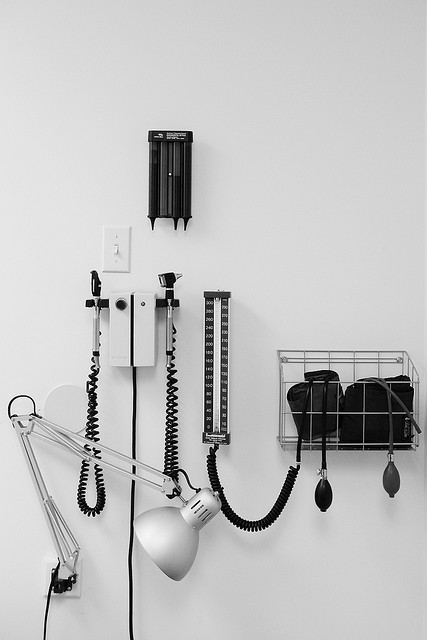 You probably trust your doctor with your life. But with your money? Many people might balk at the notion of their doctor making their investment decisions for them.

But back in 2007, CalPERS made a big bet: a $705 million investment in a private equity fund, Health Evolution Partners Inc., specializing in health care companies.

The CEO of the fund, David Brailer, is a nationally renowned physician who had previously been the “health czar” under George W. Bush. But this was his first foray into the investment space, and he had no experience running an investment fund or making private equity investments.

Still, he reportedly promised the CalPERS board healthy returns in excess of 20 percent.

But through seven years, the fund has never managed to exceed single-digit returns. And portions of CalPERS’ investment have actually experienced negative returns.

That has led CalPERS to cut ties with the fund, according to Pensions & Investments:

CalPERS is ending its unique experiment as the sole limited partner of Health Evolution Partners Inc., a private equity firm that focuses on health-care companies.

CalPERS data show the HEP Growth Fund had an internal rate of return of 6.5% from its inception in mid-2009 through Dec. 31, 2013. By contrast, the $5.3 billion growth fund portion of CalPERS’ private equity portfolio returned 12.72% for the five years ended Dec. 31, the closest comparison that could be made with the data the pension fund made available.

The HEP fund of funds has had more serious performance problems. Its IRR from inception in 2007 through Dec. 31, 2013 was -5.2%, show CalPERS statistics. CalPERS also wants out of that investment, but sources say a complicated fund-of-fund structure may make that difficult.

Mr. Desrochers would not comment on HEP, telling a Pensions & Investments reporter the matter was too sensitive to discuss.

CalPERS spokesman Joe DeAnda, in an e-mail, said, “We continue to evaluate all options relating to Health Evolution Partners.”

CalPERS paid the fund over $18 million in fees in the fiscal year 2011-12, according to the System’s financial report.

Meanwhile, CalPERS is gearing up for another large investment partnership, to the tune of $500 million, that will focus on infrastructure investments. FTSE Global Markets reports:

The partnership will operate as Golden State Matterhorn, LLC and is set to pursue infrastructure investment opportunities in the US and global developed markets.

“UBS brings extensive experience and a proven track record in global infrastructure investing that makes them a great fit for this partnership,” says Ted Eliopoulos, CalPERS Interim Chief Investment Officer. “We’re excited to work with them as we identify and acquire core assets that will provide the best risk-adjusted returns for our portfolio.”

The CalPERS Infrastructure Program seeks to provide stable, risk-adjusted returns to the total fund by investing in public and private infrastructure, primarily within the transportation, power, energy, and water sectors.

Infrastructure investments returned 22.8% during the 2013-14 fiscal year and 23.3% over the past five years, outperforming the benchmark by 17.23 and 16.6 percentage points, respectively. 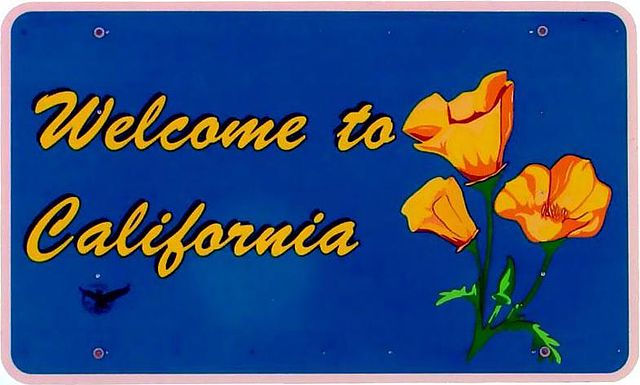 A movement is taking hold in California that encourages state and local governments to divest in companies that hold the largest reserves of oil, natural gas and coal.

Over two-dozen California cities—Oakland, Richmond, Berkeley, San Francisco and Santa Monica among them—have already made plans to divest from such companies. Now, the mayors of Berkeley, Oakland and Richmond are publicly asking CalPERS to follow them. From an Op-Ed published by the mayors in the Sacramento Bee:

As elected officials, we believe our investments should instead support a future where residents can live healthy lives without the negative impacts of climate change and dirty air. It’s time for CalPERS to take our public pension dollars out of dirty fossil fuels and reinvest in building a clean energy future, for the sake of our health, our environment and our children.

In actuality, there are more than morals at play here. The value of fossil fuel investments, and by extension CalPERS’ portfolio, may be at risk as well. From the Sacramento Bee:

The International Energy Agency has concluded that “no more than one-third of proven reserves of fossil fuel can be consumed prior to 2050” if the world is to limit global warming to 2 degrees Celsius. That goal “offers the best chance of avoiding runaway climate disruption.”

That means if the world’s governments take responsible action to prevent climate catastrophe, fossil fuel companies will have to leave some 75 percent of their reserves in the ground. These companies are valued by Wall Street analysts on the basis of their reserves. Meanwhile, fossil fuel companies continue to spend hundreds of billions of dollars on exploration for new reserves. A growing “carbon bubble” – overvalued companies, wasted capital and stranded assets – poses a huge risk to investments in fossil fuels.

CalPERS holds almost $10 billion in major fossil fuel company stocks and recognizes this financial risk. It recently adopted “investment beliefs” that include consideration of “risk factors, for example climate change and natural resource availability, that emerge slowly over long time periods, but could have material impact on company or portfolio returns.”

There’s actually precedent for pension funds following social movements and divesting in certain companies. In the 1980’s many funds divesting from companies doing business in South Africa as a way of protesting Apartheid—in that instance, California funds pulled nearly $10 billion worth of investments.

And it happened again last year, when numerous funds (including CalSTRS) divested from gun manufacturers in the wake of several school shootings.

But this time, CalPERS doesn’t appear to be interested in divesting from fossil fuel companies. The fund’s senior portfolio manager Anne Simpson addressed the issue in an editorial in the Sacramento Bee:

We all have a shared concern with climate risk, but our view is that the solution lies in engaging energy companies in a process focused on finding solutions, rather than walking away.

We at CalPERS talk to more than 100 companies on an annual basis to ensure the high standards of corporate governance that underpin effective climate change risk management, and we invest in climate change solutions across our global equity, private equity and real estate portfolios.

CalPERS was a founding member of the Investor Network on Climate Risk, a leading group of 100 institutional investors representing more than $10 trillion in assets, addressing a policy agenda that calls on governments and regulators to introduce carbon pricing and disclosure, so that risks can be tackled effectively.

Of course, there is some evidence that divesting doesn’t actually accomplish the social goals these funds have in mind when they pull their money from companies. Liz Farmer at Governing explains:

There’s no proof that divesting actually effects change. In fact, a 1999 study concluded that apartheid-related pension divestments had no significant financial impact on companies doing business in South Africa.

What’s worse, targeting investments based on social causes has proven to be dangerous for pension plans. In 1983, a study found that 10 states that had targeted investments in mortgage-backed securities as a way of encouraging homeownership either inadvertently or deliberately sacrificed returns. In some cases, they gave up as much as 2 percent in returns all for the goal of making homeownership more accessible. In 1990, Connecticut’s pension fund bought a 47 percent interest in Colt Industries in an attempt to protect Connecticut jobs. The firm went bankrupt two years later and the fund lost $25 million.

This will be an interesting story to watch play out. CalPERS will likely come under scrutiny no matter what they decide to do. In any case, any investment decision that results from this campaign should be transparent and financially sound. Pension360 will keep you updated on future developments.