Deprecated: Methods with the same name as their class will not be constructors in a future version of PHP; WP_Widget_Factory has a deprecated constructor in /home/mhuddelson/public_html/pension360.org/wp-includes/widgets.php on line 544
 CalPERS payments | Pension360
Skip to content

A major creditor of bankrupt San Bernardino told Reuters Thursday that it would oppose a bankruptcy plan that mandates the city keep paying CalPERS in full.

The creditor has not been identified.

A major capital markets creditor of bankrupt San Bernardino, California, will oppose any exit plan that is more favorable to Calpers, California’s public pension fund, a source familiar with the creditor’s strategy said on Thursday.

The creditor intends to pursue a new approach when hearings resume next year, in light of a deal the city reached with Calpers in November that will see the pension fund paid in full under a bankruptcy plan. The city has been ordered to produce a plan by May.

“We will strongly resist a plan that treats its pension claims substantially better than our claim,” the source involved in the creditor’s San Bernardino strategy said, who spoke on the condition of anonymity because negotiations with San Bernardino are subject to a judicial gag order.

The move is significant because all the capital market creditors have so far supported the bankruptcy and it signals a change in course, speaking to the wider fight between Wall Street and pension funds over how they are treated in municipal bankruptcies. 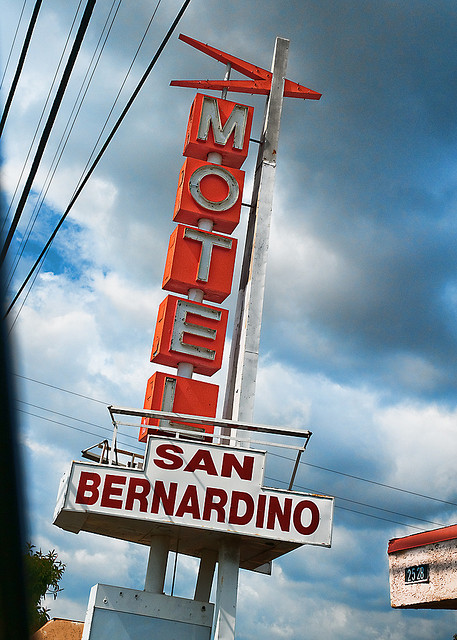 When San Bernardino went bankrupt, it stopped paying its creditors, including its biggest one: CalPERS.

It suspended pension payments to the country’s biggest retirement system for a full year – those payments totaled $13.6 million.

Now, the debts have come due: San Bernardino will set aside $10.6 million from its budget this fiscal year to pay back CalPERS.

Bankrupt San Bernardino has begun repaying millions in arrears to the California Public Employees’ Retirement System (Calpers) in a deal that has ended an acrimonious relationship between the California city and its biggest creditor.

San Bernardino has set aside $10.6 million in its current budget, which has yet to be published, to pay an unnamed creditor. A senior city source, speaking on the condition of anonymity because details of the Calpers deal are subject to a judicial gag order, confirmed that creditor is Calpers.

San Bernardino suspended the payment of debts to all creditors when it declared bankruptcy. Its decision to strike a deal with Calpers first, and begin paying arrears before a bankruptcy exit plan could be formulated, shows the reluctance of California cities to take on the pension giant, which insists that it must always be paid in full, even in a bankruptcy.

The city declared bankruptcy in August 2012 and suspended its employer payments to Calpers for an entire year after entering Chapter 9 protection, running up principal arrears of $13.5 million, according to Calpers.

San Bernardino began monthly payments of between $600,000 and $700,000 to Calpers in July, according to the source. A second official, budget officer for the city Dixon Mutadzakupa, confirmed that arrears payments to Calpers had begun.

It wasn’t clear whether the city was only on the hook for $10.6 million. If that were the case, San Bernardino would only be paying CalPERS 80 percent of what it owes.

It’s also possible the city could pay the remaining $3 million during the next fiscal year.

In a groundbreaking decision, a judge ruled yesterday that the bankrupt city of Stockton, California could indeed cut worker pensions and halt payments to CalPERS. From the LA Times:

A federal bankruptcy judge dealt a serious blow to California’s public employee pension systems by ruling Wednesday that payments for future worker retirements can be reduced when a city declares bankruptcy — just like its other debts.

“I’ve concluded the pension could be adjusted,” Klein said.

The potentially groundbreaking decision came after a large creditor of Stockton, which filed for bankruptcy protection two years ago, asked the judge to reduce the amount the city owes to the California Public Employees’ Retirement System, the nation’s largest public pension fund.

Until now, CalPERS had argued successfully in the bankruptcy cases of other California cities that amounts it requires for public worker pensions could not legally be reduced.

But just because Stockton can cut pensions doesn’t mean the city will. The city’s current bankruptcy plan doesn’t include pension cuts or the halting of payments to CalPERS. From the Sacramento Bee:

The practical effect of Klein’s ruling is unclear. It depends in large part on whether Klein will accept Stockton’s financial reorganization plan – a plan under which the city promises to keep making its annual $29 million pension payments in order to retain its relationship with CalPERS.

If Stockton gets Klein’s approval and can resolve its bankruptcy without slashing pensions, the impact of Klein’s ruling is blunted somewhat. But Klein won’t rule on the city’s plan until Oct. 30.

Because of Stockton’s pledge, CalPERS attorney Michael Gearin downplayed the decision and said it doesn’t force the city to cut its pension payments. “It doesn’t establish a precedent. Those were his comments about a hypothetical city” that wants to cut ties with the California Public Employees’ Retirement System, he said.

The city seems to have an interest in working to keep pensions intact. Staying with CalPERS, on the other hand, is being viewed as a reluctant necessity. From the Sacramento Bee:

City officials have said they have no choice but to stick with CalPERS. If it doesn’t pay the pension fund in full, default would occur, and the city would either have to make a one-time payment of $1.6 billion to keep pensions whole or let CalPERS slash benefits by 60 percent. The result would be a mass exodus of employees, the city said, creating an enormous setback just as the troubled city, saddled with poverty and a high crime rate, is starting to get back on its feet.

CalPERS released a statement immediately after the ruling expressing their disappointment with the decision and claimed that the ruling was “not legally binding”. From Reuters:

“This ruling is not legally binding on any of the parties in the Stockton case or as precedent in any other bankruptcy proceeding and is unnecessary to the decision on confirmation of the City of Stockton’s plan of adjustment,” Calpers spokeswoman Rosanna Westmoreland said in an emailed statement.

“CalPERS will reserve any further comment until such time as the court renders its final written decision. What’s important to keep in mind is what the City of Stockton stated in court today: that they can’t function as a city if their pensions are impaired.”