Deprecated: Methods with the same name as their class will not be constructors in a future version of PHP; WP_Widget_Factory has a deprecated constructor in /home/mhuddelson/public_html/pension360.org/wp-includes/widgets.php on line 544
 coal companies | Pension360
Skip to content 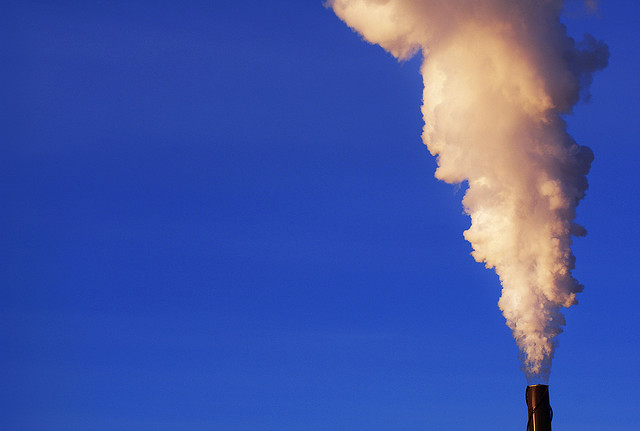 There have been calls from many corners in recent months and years for pension funds and other institutional investors to begin divesting from fossil fuel-based investments.

But not many institutional investors have heeded that call, choosing instead to use their sway as major shareholders to work with companies.

One of the largest asset holders in the world is taking a similar approach. The board of the $857.1 billion Norway Pension Fund Global has told the fund that divesting from fossil fuels would be an unwise financial decision that would reduce returns.

The Norway Pension Fund Global should reject calls to dump fossil fuel investments and concentrate instead on working with the worst offenders, according to its advisory board.

The country’s finance ministry asked the board to evaluate whether divesting from coal and petroleum companies was a “more effective strategy for addressing climate issues and promoting future change than the exercise of ownership and exertion of influence.”

The panel of international investment experts concluded that the fund—despite being one of the world’s largest investors—has minimal power over climate change. Becoming a force for environmental causes would mean changing its mandate and fiduciary duty to Norwegian citizens, the board stated in an extensive report published today.

“We do not think that it would be better for the climate—or the fund—if these shares were to be sold to other investors who, in all probability, will have a less ambitious climate-related ownership strategy than the fund,” the advisors said.

The portfolio is an “inappropriate and ineffective climate change tool,” the report said. “Neither exclusion nor the exercise of ownership can be expected to address or affect climate change in a significant way.”

Furthermore, the board warned that attempting to halt or slow climate change via the $800 billion fund could threaten future returns.

Instead, the board proposed changing its investment guidelines to permit excluding companies that “operate in a way that is severely harmful to the climate.”

One of Sweden’s largest pension funds has announced it plans to divest from $116 million worth of fossil fuel-related holdings.

In an effort to ward off the “financial risk” of climate change, Sweden’s AP2 will cut 20 gas, oil and coal companies from its portfolio. From Chief Investment Officer:

[AP2] is cutting 12 coal companies and eight oil and gas production firms, with a total market value of SEK 840 million, or roughly 0.3% of the portfolio.

“Our starting point for this analysis has been to determine the financial risks associated with the energy sector,” said Eva Halvarsson, CEO of AP2. “By not investing in a number of companies, we are reducing our exposure to risk constituted by fossil fuel based energy. This decision will help to protect the fund’s long-term return on investment.”

In a statement released today, AP2 said its team had reviewed all holdings in fossil fuel companies and assessed the financial risk posed to each one by climate change.

The fund said the coal companies it would sell “face considerable climate-related financial risk, due to the negative environmental and health impacts of coal”. AP2 also cited competition from gas and renewable energy sources as affecting demand for coal.

AP2 also identified “serious climate-related financial risks” for a number of oil producers, particularly involving “high-cost projects” such as extracting oil from oil sands. AP2 said it believed it was “highly likely that these projects may either be stranded or unprofitable”.

The Swedish fund is the latest institutional investor to reduce or completely scrap their investments in fossil fuel producers. Stanford University’s $18.7 billion endowment said in May that it would sell out of fossil fuel-related companies, while the $860 million Rockefeller Brothers fund in September announced its intention to divest from coal and oil. A group of US charities representing $1.8 billion in assets also took similar steps at the start of this year.