Deprecated: Methods with the same name as their class will not be constructors in a future version of PHP; WP_Widget_Factory has a deprecated constructor in /home/mhuddelson/public_html/pension360.org/wp-includes/widgets.php on line 544
 coal industry | Pension360
Skip to content 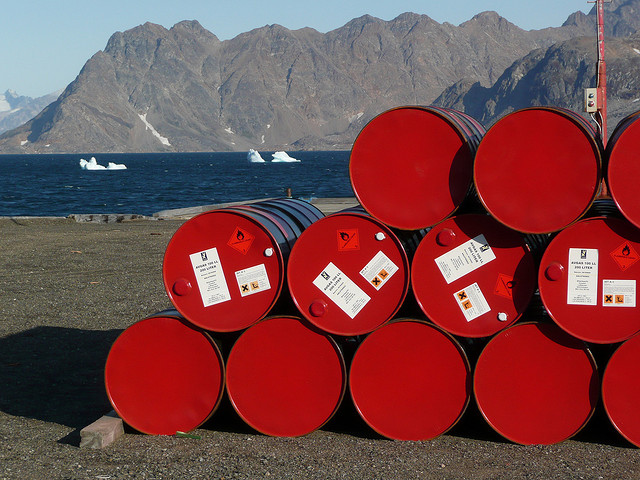 Pension360 has extensively covered the controversy around fossil fuel divestment – even organizations committed to sustainable investing are split on whether pension funds should divest from fossil fuel assets.

But it’s interesting to hear the take of a oil executive. The Financial Times asked Nigel Costeloe of North Country Energy for his opinion on fossil fuel divestment:

“I understand the sentiment and emotion of wanting to be good to mother earth and only use renewables. However, it cannot happen overnight or in our lifetime. There is no replacement for petrol as a transportation fuel at this time and the third world is developing rapidly and with that goes their demand for energy.

“[Given] the size in a financial sense of the coal industry (not to mention the political sense; many US coal states are Democrat and President Obama and his successors are unlikely to beat them up too badly), if they see their market share significantly decrease, they have billions of dollars to invest in clean technology.

“Oil and gas companies are not stupid either; they are making investments in other technologies. BP is no longer British Petroleum, as one of their stated ambitions is to move beyond petroleum, so they are major players in technology.

“Even if we could get enough renewables to supply us, the electrical grid is nowhere near capable of handling all the cars and trucks plugged in to charge batteries, [and there are] environmental issues around battery making and disposal.

“Lastly, even environmentalists agree that natural gas is a decent transition from coal and oil to something more renewable.”

There is growing demand for environmentally friendly investments, and as a result, “green bonds” have become an increasingly popular investment vehicle.

For proof, look no further than CalSTRS, which increased its purchases of “green bonds” by 300 percent in 2014.

But with increased popularity comes increased demands for transparency: what exactly qualifies as a “green” investment?

With green bonds’ rising prominence comes a need for a single set of clear and science-based criteria for what constitutes “green.” Nuclear power is low carbon, but some would balk at calling it green. And the coal industry would like investors to count fitting a coal-fired power plant with technology to reduce carbon emissions as a clean energy project, although fossil fuel consumption is hardly carbon neutral.

“When you get into the corporate space, you’re dealing with a large number of companies, and transparency is not always as good,” says Colin Purdie, head of global investment-grade credit at London-based asset management firm Aviva Investors.

None of this means Aviva wouldn’t invest in a bond because it doesn’t qualify as “green.” It just means the firm wouldn’t call it that. And therein lies the conundrum. A lot of these bonds would hit investors’ desks even without the green label. If the market is to grow into the large liquid powerhouse its proponents want, it needs a significant roster of corporate issuers to issue green bonds.

Also at issue are third-party verifications proving that issuers are spending funds on the environmentally friendly projects the bonds were designed to finance. This has begun to happen already. More than half of the green bonds issued in 2014 included an independent second opinion on their environmental credentials, from watchdogs such as the Center for International Climate and Environmental Research in Oslo and Vigeo in Paris, according to data from the Climate Bonds Initiative.

“I think the biggest concern right now is trying to grow the market and getting more issuers to issue bonds,” says Catherine DiSalvo, investment officer at the California State Teachers’ Retirement System. “We do support third-party verifications. The only problem is that it adds to the expense of issuing a green bond.”