Deprecated: Methods with the same name as their class will not be constructors in a future version of PHP; WP_Widget_Factory has a deprecated constructor in /home/mhuddelson/public_html/pension360.org/wp-includes/widgets.php on line 544
 education | Pension360
Skip to content

Arguments will soon be underway in the lawsuit challenging the constitutionality of Illinois’ 2013 pension overhaul.

Many observers expect the state Supreme Court to uphold the opinions of lower courts and rule the pension law unconstitutional.

If the law were overturned, what would it mean for Chicago Public Schools?

In a column in the Chicago Tribune over the weekend, Chicago Board of Education president David Vitale talked about the implications of such a ruling for Chicago’s schools.

You may not realize that if the Supreme Court upholds the lower court’s approach, it will have a significant impact on Chicago Public Schools and the nearly 400,000 students we serve. These consequences are potentially catastrophic, and even under a best-case scenario, would still cripple CPS’ ability to fulfill its obligation to educate these students, many of whom are from disadvantaged backgrounds or in need of special education services. The fact is, CPS does not have the resources to both shoulder the entire burden of saving the pensions and serving its students.

In the absence of changes to pension funding, CPS will be forced to decide between funding the pensions of retired employees and funding the education of Chicago students.

CPS’ projected deficit for next year is $1.1 billion, and pension costs account for approximately $700 million of that amount. While pension reform alone will not eliminate that huge deficit, it is an essential component of any solution. Without pension reform, there simply will be no alternative to implementing even deeper, more painful cuts that will directly affect the classroom; we have exhausted all other alternatives. To put these cuts into perspective, each $100 million spent on pensions translates into 1,000 fewer teachers. And a smaller number of teachers translates directly into larger class sizes and less attention and fewer educational opportunities for students.

Over the weekend, Moody’s downgraded Chicago Public School’s credit rating to Baa3, one notch above junk. The agency cited pension costs as a major driver of the downgrade. 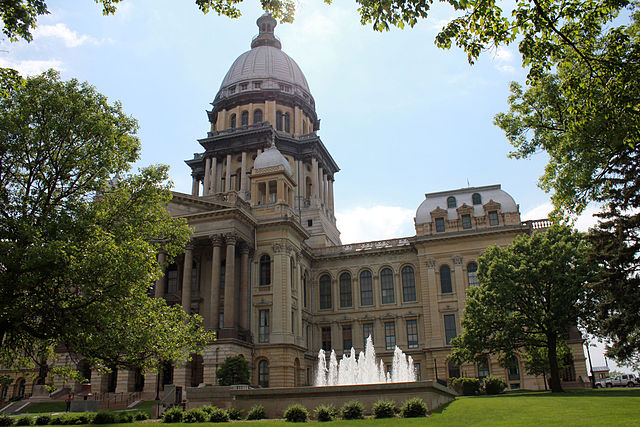 Ty Fahner, president of the Civic Committee of The Commercial Club of Chicago and former Illinois attorney general, has been pushing Illinois lawmakers for months to come up with a “Plan B” for pension reform.

He contends that it’s likely the Illinois Supreme Court will overturn the state’s pension reform law. And if it does, Illinois has no contingency plan in place.

In a column in the Belleville News-Democrat, Fahner says of pension reform: “no issue of greater importance to Illinois’ future”. He writes:

It’s the single most important question that Illinois residents should be asking, and candidates for office should be answering.

Yet as Election Day approaches, too few are asking about the most critical issue facing the state.

What if the Illinois Supreme Court rejects pension reform?

Illinois needs an open and honest conversation about the potential impact this decision could have on the state and its citizens. Regardless of the outcome, the consequences are far-reaching and voters deserve to know whats at stake.

This is about what is good for the state and its future. Illinois needs to be in a position to grow its economy, create jobs for Illinois residents, invest in education and infrastructure and provide for the most vulnerable among us. The pension law decision will have a sweeping impact that will touch every Illinois resident in one way or another.

Illinois can no longer kick the can down the road. Half measures will not suffice. We need to address these issues now. Even if the law is upheld, we are still lagging virtually every state in the nation. All of the answers to these questions will take time to develop, win approval from the General Assembly and implement. Many of the social services already have been cut to the bone and educational funding reduced by $2.7 billion since 2009 — what is the plan?

With the future of pension reform hanging in the balance, now is the time to ask the question.

No issue is of greater importance to Illinois’ future.

And if the Supreme Court does reject the state’s pension reform law, Fahner writes:

If the court rejects the law, $145 billion in state contributions is immediately added to the taxpayer tab over the next 30 years. Whether through even more tax hikes or continued service cuts, that money has to be accounted for. We would pay a lot more for a lot less in return.

Property taxes could rise to the highest in the nation. School districts could face further budget strain. Tens of thousands of seniors, children and mentally ill could face significant reductions, if not loss, of the state assistance on which they rely. The security of the pension systems themselves would be jeopardized.

Illinois needs this conversation. The sad truth is that all of the state”s biggest problems are directly tied to the pension crisis, which has already resulted in paralyzing tax hikes, steep cuts to social services, unreasonable burdens on students and the loss of jobs to neighboring states. Already, Illinois ranks last or near last among the states on every economic indicator from unemployment, to property taxes, to jobs climate and state support for education. 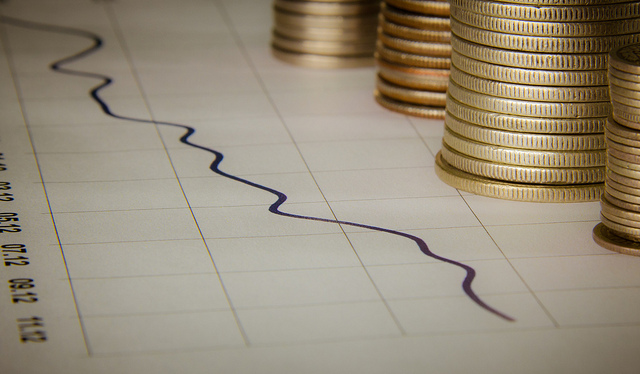 Does a person’s willingness to hold risky assets diminish as they grow older and get closer to retirement? How does aging affect portfolio choices?

A paper published in the October issue of the Journal of Pension Economics and Finance aims to tackle those questions.

The authors analyzed administrative data from an Italian defined-contribution plan spanning 2002-08. Here’s what they found:

We studied investors’ portfolio choices in a very simple real-world setup. Some results prove quite robust across all the empirical exercises we performed. In particular, we found a pronounced tendency to choose safer portfolios as people age. This effect is still there after controlling for several demographic factors, for time effects, and for the sub-fund chosen in the previous period. This result is broadly in line with other micro-evidence from the US market, and is consistent with models of life-cycle rational portfolio allocation.

The effect of age is more pronounced in the last years of the sample. This might be due to the fact that investors learn form the experience of their colleagues. Indeed, in our sample there have been periods of disappointing stock market performance. Having seen that people who retired during these bear market periods have been severely hit might have pushed investors toward a more active behaviour. A better understanding of this form of learning appears to be an interesting issue for further research.

But not all plan participants reduced risk as they approached retirement. From the paper:

Not all elderly people in our sample reduced their exposure to risk. Looking at the ones present in the sample from the start, it turns out that more than 30% of the elderly workers who were exposed to stock market risk in 2002 were still exposed to it in 2008. As the stock market events of the last decade show, an elderly worker taking risk on the stock market could pay a high price if stocks fall. This evidence suggests that life cycle funds could be a valuable instrument, given that they automatically bring all the participants toward less risky allocations as they get near to retirement (Viceira, 2007). In the Chilean system, for example, a lifecycle fund is the default option for all the workers. Moreover, the riskiest sub-funds are closed to individuals older than a certain age.

The authors also found that job position and education are factors that play into people’s risk choices:

People with a higher position tend to take more risks. This tallies with previous empirical analyses and can be consistent with optimal portfolio allocation. We also found that education has no clear impact on portfolio choices, even if it slightly increases the likelihood of switching for those in the zero-shares sub-funds. The weakness of this effect could be due to the easy set up provided by the fund, and/or to strong social interaction effects, in which the financial skills of the educated employees who make up most of our sample also benefit the few uneducated participants.

Read the entire paper, titled “the effect of age on portfolio choices: evidence from an Italian pension fund”, here.

New York University President John Sexton has been a polarizing figure the last few years, not only for the large exit bonuses he approved for outgoing staff but also for his own $800,000 pension.

He addressed his pension at a dinner and question-and-answer session last week with NYU students. On his pension, from NYU Local:

“After taxes, that’ll provide 400,000 dollars a year, which is a good income. I have about fifteen to twenty people that are depending upon me. And my one indulgence—you’ll notice if you look carefully that I don’t own a suit, and I wear TravelSmith or expandable waist pants—the one thing I do is try to travel to places and to try to extend that to not only my family but to others, and I’d like to have the latitude to do that. That doesn’t mean I will do it. It doesn’t prevent me from donating some of that salary.”

“It’s because I don’t have a savings account that I do need that money.”

And on his retirement plans:

“Gordon [Brown] is the UN High Commissioner for Education. He’s spending his life, and he wants me to spend my life other than my teaching, trying to get education to the abjectly poor: slums of India, Haiti, sub-Saharan Africa. I think that’s probably what I’m gonna do.”

“I do these periodic reflections. I’ve done about eight or ten of them. They’re on my website. The one I’ve been working on [recently] is how you could create a system in the United States that found the most talented students, matched them with the right school, and made it possible for them to go there.”

The rest of the questions didn’t have anything to do with pensions or retirement, but his answers are worth reading nonetheless. Check out the story here.