Deprecated: Methods with the same name as their class will not be constructors in a future version of PHP; WP_Widget_Factory has a deprecated constructor in /home/mhuddelson/public_html/pension360.org/wp-includes/widgets.php on line 544
 Hiromichi Mizuno | Pension360
Skip to content 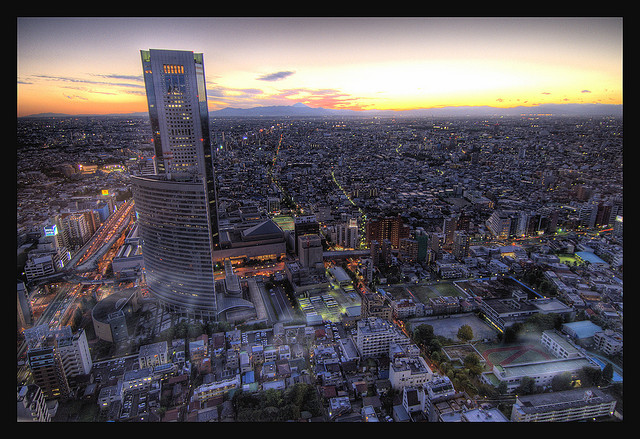 A governance overhaul at the world’s largest pension fund was put on hold this week.

Officials at Japan’s Government Pension Investment Fund (GPIF) had been planning a major governance overhaul, including the creation of a new board to oversee the fund’s investments.

But that proposal and others have been put on the backburner, as Prime Minister Shinzo Abe approved a bill that will make governance changes on a much smaller scale.

More from the Wall Street Journal:

Minister of health, labor and welfare Yasuhisa Shiozaki, whose ministry has purview over the fund, has advocated installing a governing board that would oversee GPIF’s investments and ensure independence from political interference. But his idea was at odds with the overhaul process envisioned by others in the Abe administration. They believed a Shiozaki-style plan would be difficult to push through parliament in its current session, which ends in June, and they wanted to pursue as many changes as possible without a major new law.

On Tuesday, Mr. Abe’s cabinet effectively settled the dispute for now by approving a more modest bill without the Shiozaki proposals. The bill allows the fund to keep its headquarters in Tokyo, overturning a previous measure requiring a move, and gives legal imprimatur to the position of chief investment officer. Mr. Mizuno, a former private-equity executive in London, took the post in January. The smaller bill now goes to parliament for final passage.

Welfare Minister Shiozaki said he would continue to push for larger governance changes.

Japan’s Government Pension Investment Fund (GPIF) has already indicated they will increase salaries for their money managers in a bid to attract more talent.

But the fund’s chief investment officer is getting a raise, as well. Hiromichi Mizuno, the fund’s CIO, will get a 64 percent pay bump this year.

The GPIF hopes the gesture will demonstrate their willingness to shell out cash for talent.

Japan’s Government Pension Investment Fund will increase total annual compensation of its president to about 31 million yen ($260,000), including salary, bonuses and allowances, according to calculations by Shinichiro Mori, a director at the fund’s planning section. That compares with 18.9 million yen previously slated for the year ending March 31, Mori said by phone. The pay increase is effective this month, he said.

Boosting pay may help the pension fund hire more money managers from the private sector as it shifts more of its $1.1 trillion from bonds to riskier assets. Even after the increase, the GPIF’s top official will be paid almost 40 percent less than the chief executive officer at the California Public Employees’ Retirement System, the largest U.S. public pension.

“Compared with global standards and given the responsibility as the top asset manager, the amount still isn’t that big,” said Tetsuya Sakabe, managing director at recruitment adviser Kanae Associates Ltd. in Tokyo. “But it’s positive to see that they’ve improved the compensation structure and the amount is reasonable enough to avoid incurring criticism from the public.”

“GPIF decided the president’s new pay standard after a comprehensive review taking into account consistency with other public organizations,” including the central bank, Mori said in the phone interview on Jan. 6. For the CIO, “we took into account the trend at private financial firms in order to secure highly professional human resources, without exceeding the pay level for the president.”

The GPIF manages $1.1 trillion in assets and is the largest pension fund in the world.

The appointment would put the 49-year-old from central Japan in control of the world’s biggest fund of its kind as it tries to boost returns with more aggressive investments.

Mr. Mizuno would be a big catch for the fund, which has struggled to attract outside talent because of low salaries and a small budget. Despite its size, the GPIF’s roughly 80 employees are squeezed into one floor of a 1970s office building in downtown Tokyo and most of its investments are managed by outside asset management firms.

Mr. Mizuno was educated in the U.S. and speaks fluent English, which addresses concerns of foreign investment firms that had trouble working with GPIF.

The GPIF is headed by its president, Takahiro Mitani, who has ultimate decision making power under the current law, but Mr. Mizuno would be de facto in charge of overseeing important investment decisions. Rather than make investments himself, Mr. Mizuno will spend more time choosing professional fund managers to oversee portions of the fund’s investments.

Mr. Mizuno joined the GPIF as an adviser and a member of its investment committee, an eight-member group that advises the fund part-time, in July. At a news conference last month, Mr. Mitani said described Mr. Mizuno’s expertise in private equity as “invaluable.”