Deprecated: Methods with the same name as their class will not be constructors in a future version of PHP; WP_Widget_Factory has a deprecated constructor in /home/mhuddelson/public_html/pension360.org/wp-includes/widgets.php on line 544
 Illinois education | Pension360
Skip to content

Arguments will soon be underway in the lawsuit challenging the constitutionality of Illinois’ 2013 pension overhaul.

Many observers expect the state Supreme Court to uphold the opinions of lower courts and rule the pension law unconstitutional.

If the law were overturned, what would it mean for Chicago Public Schools?

In a column in the Chicago Tribune over the weekend, Chicago Board of Education president David Vitale talked about the implications of such a ruling for Chicago’s schools.

You may not realize that if the Supreme Court upholds the lower court’s approach, it will have a significant impact on Chicago Public Schools and the nearly 400,000 students we serve. These consequences are potentially catastrophic, and even under a best-case scenario, would still cripple CPS’ ability to fulfill its obligation to educate these students, many of whom are from disadvantaged backgrounds or in need of special education services. The fact is, CPS does not have the resources to both shoulder the entire burden of saving the pensions and serving its students.

In the absence of changes to pension funding, CPS will be forced to decide between funding the pensions of retired employees and funding the education of Chicago students.

CPS’ projected deficit for next year is $1.1 billion, and pension costs account for approximately $700 million of that amount. While pension reform alone will not eliminate that huge deficit, it is an essential component of any solution. Without pension reform, there simply will be no alternative to implementing even deeper, more painful cuts that will directly affect the classroom; we have exhausted all other alternatives. To put these cuts into perspective, each $100 million spent on pensions translates into 1,000 fewer teachers. And a smaller number of teachers translates directly into larger class sizes and less attention and fewer educational opportunities for students.

Over the weekend, Moody’s downgraded Chicago Public School’s credit rating to Baa3, one notch above junk. The agency cited pension costs as a major driver of the downgrade. 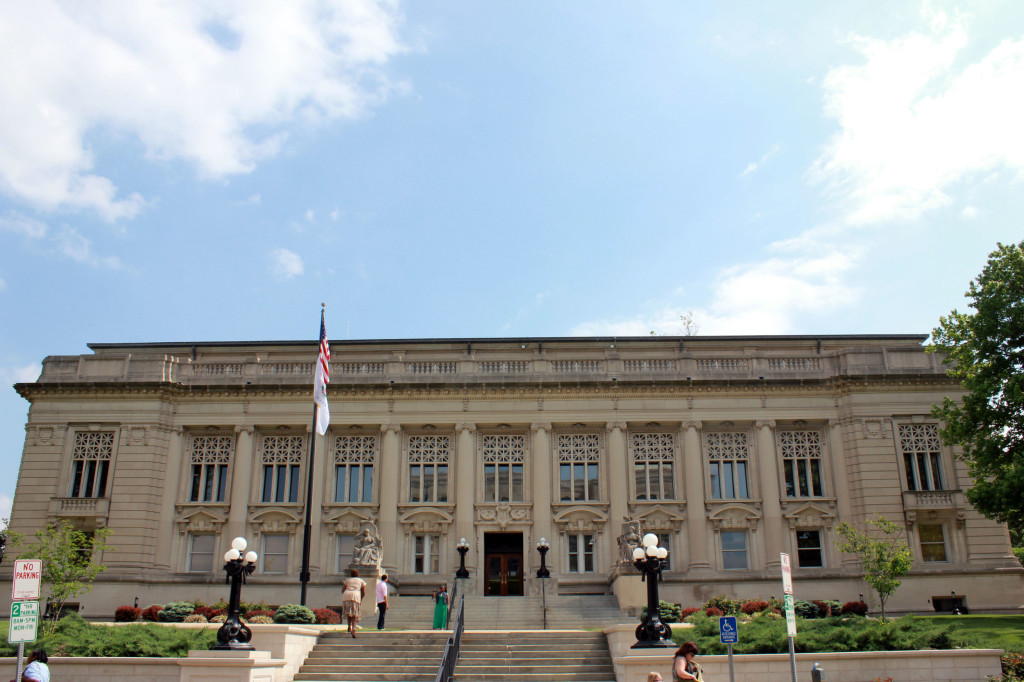 The Illinois Supreme Court will soon rule on the constitutionality of the state’s sweeping pension reforms. But no one knows what the decision will ultimately look like—or when it will happen.

That uncertainty is weighing heavily on institutions that won’t know exactly what their fiscal future looks like until a court ruling comes down. From WUIS:

Tucked into the flurry of reports issued by credit rating agencies, one phrase has been appearing again and again, undercutting the financial outlook for many public schools and community colleges across Illinois. Under headings such as “Challenges” or “What could make the rating go down,” there’s often a warning along the lines of “increased budgetary pressures due to a shift in pension costs from the state.”

Tom Aaron, with Moody’s Public Finance Group in Chicago, says that’s because of “the likelihood that the state may have to search for additional pension answers.”

Despite prognostications by Quinn and others, Aaron says it’s not certain whether last year’s pension overhauls will be upheld by the Supreme Court.

“So in the event they are not, there is a risk that the state is going to have to go back to the drawing board in terms of trying to solve its pension issues,” he said.

And that could include a shift in pension costs from the state onto individual school districts, colleges and universities.

If the court overturns the state’s reform law, lawmakers will be sent back to the drawing board to draft a different set of solutions for cutting pension costs.

One proposal that gas gained steam in the past—and likely would be among the first policies proposed—is to shift pension costs from the state onto schools, colleges and universities. WUIS reports:

The cost-shift was once a key component of pension proposals. House Speaker Michael Madigan decried the “free lunch,” in which school boards set employee pay without worrying about future pension costs, since those would be borne by the state.

Even as recently as March 2014, Senate President John Cullerton mentioned it in a speech at the Union League Club of Chicago:

“We’ve suggested to the suburban and downstate areas, ‘You’ve got to start paying a little bit of your employers’ portion of the pensions.’ It’s called a cost-shift. … It’s important. This makes good public policy,” Cullerton said.

Moody’s doesn’t think schools can afford to wait. Moody’s Public Finance Vice President Rachel Cortez says the agency asks whether districts are bracing themselves for the possibility of a cost-shift:

“The stronger credits, the stronger management teams tend to be aware that that could be coming, and are preparing for it, making contingency plans,” she added.

The cost-shift would be particularly heavy fiscal burden on schools because state funding to schools has been chipped away in recent years.