Deprecated: Methods with the same name as their class will not be constructors in a future version of PHP; WP_Widget_Factory has a deprecated constructor in /home/mhuddelson/public_html/pension360.org/wp-includes/widgets.php on line 544
 Jean Stothert | Pension360
Skip to content

On Tuesday, the Omaha City Council approved a major change in the city’s pension system.

Starting on March 1, all new city hires will be placed into a pension plan that resembles a hybrid between a 401(k) and a traditional pension, as opposed to the defined-benefit plan currently in place.

Public safety workers are not affected.

The new plan, called a “cash balance plan”, will operate like a 401(k) in that its eventual payout will largely depend on the market.

But it does guarantee a minimum retirement benefit, much like a defined-benefit plan.

Current employees will keep their pension plan. But going forward, they will have to contribute a higher percentage of their paychecks to the system.

More from the Omaha World-Herald:

And, Stothert said, the new plan will protect the city from future unfunded pension debt.

“We knew we could not just accept a contract that would fix the financial problem this year or the city’s budget this year,” Stothert said. “We had to look into the future to prevent those things from happening.”

These changes are intended to prevent the pension system from running out of money, which the civilian pension plan was previously projected to do within about 20 years.

Now, according to city estimates, it will be fully funded in that time frame.

Public safety workers aren’t affected by this change, because they work under different contracts.

But change could be coming soon: the city is currently in the midst of negotiating new contracts for police and firefighters. 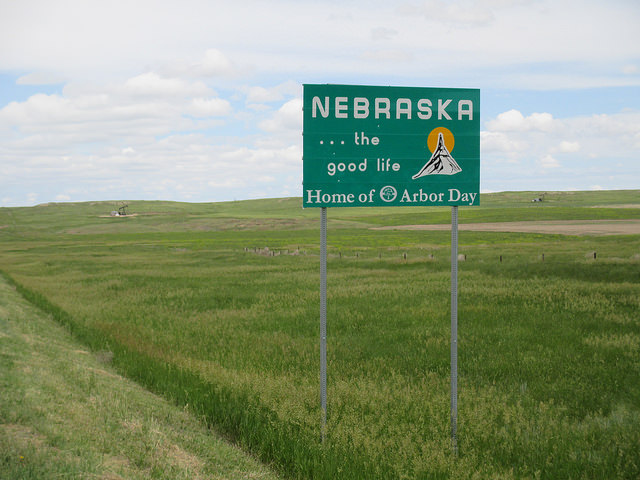 A third union has approved a contract with the city of Omaha, Nebraska that features major pension changes.

Among the changes: new employees will be shifted into a cash balance plan and the full retirement age will be raised. In exchange, Omaha will increase its payments into the city’s pension fund and employees will receive a raise.

A news release from the office says the offer “solves the underfunded pension liability and achieves unprecedented pension reform.”

CMPTEC members were the last union group to accept an offer changing from defined benefits to a cash balance plan. The change only impacts new employees hired after January 1st.

The unions include CMPTEC, Local 251 and the Functional Employees Group. A fourth group, AEC, is not represented by a bargaining unit, but it will receive the same benefits.

Each group’s agreement allows current employees to remain in the existing pension plan with reduced benefits and an extension to the number of years required to achieve normal retirement.

In return, the City agreed to increase contributions to the pension fund by 7% over the five-year agreement, give employees a 9% raise over the five-year period, and a 1% one-time “lump sum supplement” for 2013 when wage freezes were enacted.

“I am grateful to the membership, the union negotiators and our negotiating team led by Mark McQueen and Steve Kerrigan for agreements that are good for our employees and the taxpayers,” said Mayor Jean Stothert.

The Personnel Board has already approved the Local 251 agreement. In January, they will meet to approve the other two. The City Council must also approve the contracts.

The contracts run through 2017.

Moody’s downgraded Omaha’s credit rating from Aa1 to Aa2 on Thursday, citing “pension costs” as a major driver of the downgrade.

Moody’s did give the city a “stable” outlook, but admitted that pension costs are “not expected to moderate in the near future.”

Factors that played a part in the downgrade, according to the Moody’s report:

Factors that could drive the city’s rating up, or further down, from the report:

WHAT COULD CHANGE THE RATING- UP

-Reduction in fixed cost burden to the city’s budget

WHAT COULD CHANGE THE RATING – DOWN

“Omaha’s bond rating is still better than 80% of all US cities,” reads a news release from the Mayor’s Office.

“This bond rating shows we still have a lot of work to do in reforming our public employee pensions,” says Mayor Jean Stothert. “Our unions must realize the severe consequences of delays, inaction and failure to accept reasonable contract offers.”