Deprecated: Methods with the same name as their class will not be constructors in a future version of PHP; WP_Widget_Factory has a deprecated constructor in /home/mhuddelson/public_html/pension360.org/wp-includes/widgets.php on line 544
 michigan pensions | Pension360
Skip to content 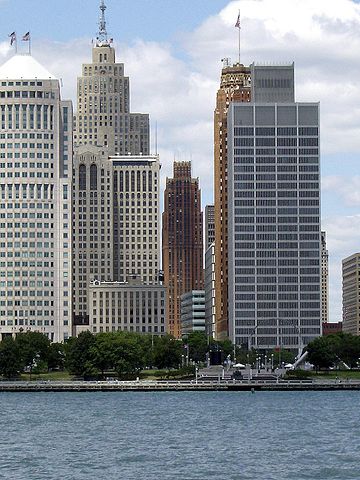 Some Michigan residents are questioning the retirement package of Detroit-area politician Robert Ficano, who lost re-election last month after becoming embroiled in several scandals but still retired with a 401(k) worth between $1.5 and $2 million.

But experts say the retirement package is relatively “normal”, and the public’s outrage should be directed at a policy implemented by Ficano that sweetened the pensions of his appointees. From Detroit News:

[Ficano’s deal] allowed workers to use retirement savings to buy into defined benefit plans that guaranteed them a percentage of their best years’ salaries.

In 2011, he upped the offer to his appointees, waiving rules that required retirees to be at least 55 and allowing them to buy years of service at a discount.

Among others, the plan created pensions that paid former Ficano adviser William Wolfson $124,000 per year at age 50; personnel director Tim Taylor $118,000 per year; and former chief of staff Matt Schenk $96,711 per year at age 41. Schenk’s plan alone will cost taxpayers $4 million over its lifetime if he lives to be 82.

Pension officials say the deals strained the retirement system, which is funded at 48 percent.

“So there’s no sympathy for his retirement plan. It’s just ‘goodbye.’ ”

Documents obtained by Detroit News contain estimates that Ficano contributed about $100,000 to his 401(k) during his career.

Michigan Gov. Rick Snyder’s tax on pension benefits, levied in 2011, has become a legitimate campaign issue over the last few days. Snyder took to the radio this morning to defend the policy and cast the tax in a different light. Reported by Detroit News:

Democrats have made Snyder’s changes to the way pensions are taxed a major issue in the election campaign, calling it a tax on seniors — a characterization the governor challenged Friday during the live radio show.

“That’s a misstatement when it says seniors,” Snyder told radio show host Rick Pluta. “It was really about essentially removing the exclusion on pension income.”

In 2011, Snyder first proposed ending all income tax exemptions on pension income. Previously, only retirees with large pensions from private employers were subject to the income tax.

The governor noted a new exemption of up to $40,000 was carved into the tax code for all forms of income for senior citizens.

Under the changes Snyder signed into law, all pension income is subject to the 4.25 percent income tax for residents born after 1952.

“It’s still one of the top 10 most generous schemes in the country,” Snyder said of Michigan’s tax on retirement income.

Snyder reiterated his longstanding argument that making more pension income subject to the income tax was a matter of fairness to other workers.

“If you say retirement income isn’t taxed, you’re shifting your taxes to your kids to say ‘we want you to carry us,’ and that’s not a fair answer,” Snyder said.

The pension tax is especially controversial because Snyder simultaneously cut taxes for businesses by $1.8 billion.

Snyder countered that, although he cut taxes for businesses, he also “wiped out” tax credits for those businesses.

Pensions aren’t the biggest issue in Michigan’s race for governor. But with incumbent Rick Snyder in a dead heat with challenger Mark Schauer, Snyder’s 2011 pension tax increase could prove to be a major factor in the way the race eventually plays out.

“I’m very sorry I voted for Mr. Snyder,” said Rosalind Weber, 67, a retired state worker from Ionia who calls herself an independent. “I won’t vote for him again. I didn’t like what he did with the taxes.”

Snyder bucked a decades-old trend among states of reducing taxes on retirees. While other issues are stirring the race, Michigan’s 7.7 percent July unemployment rate remained above a 6.2 percent U.S. average, the pension tax is driving a Democratic drumbeat for change in Lansing, where Republicans control all three branches of government.

Until Snyder’s changes took effect, Michigan had exempted most pension payments from the income tax, now at 4.25 percent. He created a three-tier system for retirees born before 1946, after 1952 and those in between. Members of the youngest group were hit hardest; instead of being allowed to exempt $47,309 in retirement income, they’re now taxed fully until age 67. Then, they get a $20,000 exemption.

Michigan’s House Fiscal Agency estimates that the tax cost retirees around $350 million in 2013 alone. And, as everyone knows, seniors vote. We’ll see how the race plays out, but the pension tax increase is sure to be an issue moving forward.

In a particularly risky iteration of the practice, cities and states will take the proceeds from selling the bonds and re-invest them into the market.

That’s exactly what Michigan is gearing up to do, according to Bloomberg:

The Detroit suburb of Macomb County plans a $270 million sale of municipal debt, its biggest ever, to finance retiree health-care costs, while Kalamazoo is considering a historic $100 million bond offer for similar expenses. Bloomfield Hills plans to borrow a record $17 million for pensions. The law allowing the practice expires Dec. 31.

U.S. states and cities are struggling with how to pay for promises to workers after the recession ravaged their finances. Yet few communities see debt as the answer — sales of revenue-backed pension bonds have tallied $356 million this year, data compiled by Bloomberg show. Interest rates close to five-decade lows are making it more attractive to pursue the risky strategy of investing borrowed funds in financial markets.

“We can’t afford to wait,” said Peter Provenzano, Macomb County finance director. “Timing the market is difficult. You could sit on the sidelines and miss out on an opportunity.”

It’s a risky strategy that’s been covered many times before, perhaps best by the Center for Retirement Research’s recent brief.

The gist: If a city is going to re-invest proceeds from issued debt, they better hope the market produces returns that exceed the cost of servicing the debt.

The problem is, most cities that turn to this practice are already in dire straits fiscally. If the bet doesn’t pay off, it leaves cities even worse off.

At least one Michigan city is shying away from the practice: Grand Rapids.

“The best way to have odds in your favor is to do this when stock prices are depressed,” Scott Buhrer, the city’s chief financial officer, told Bloomberg. “We’re in the latter stage of a bull market.” 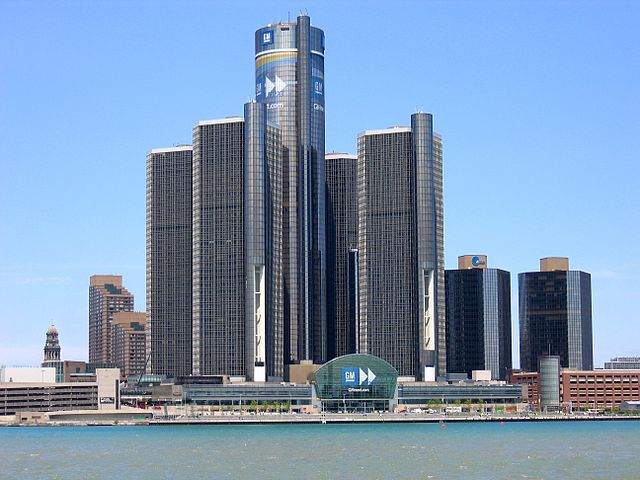 Municipal bankruptcies are increasingly becoming a reality in the United States, and it’s changing what we know about how—and to what extent—state laws protect pension benefits.

Detroit made big waves this week when its citizens voted to cut their own pensions. But if they had not approved the ballot measure, the city would have tried to cut their benefits by even greater margins. The fact that this took place in a state with stringent legal protections for pension benefits is making observers elsewhere wonder if a new precedent has been set. From NPR:

The in Detroit by retired city workers to cut their own benefits by 4.5 percent calls all that into question.

“Detroit has raised it as a possibility,” says Daniel DiSalvo, a political scientist at City College of New York who studies public sector labor issues. “I don’t think that most people, maybe with the exception of some unions, think pensions are inviolable.”

With several other cases pending, it’s not at all clear whether federal bankruptcy law trumps traditional pension protections. Pensions continue to have strong legal protection, and there’s not going to be any great rush among states and cities to test whether cutting benefits for current retirees is something that will necessarily fly with the courts.

But the vote in Detroit does suggest that at least some pensioners might have to give up more than they ever expected.

And it won’t be too long until the possibility of more pension cuts are raised elsewhere in Michigan. Flint is considering filing for bankruptcy, as well. From Money News:

Flint, the birthplace of General Motors that once had 200,000 residents, has also endured a spectacular drop in population and factory jobs and a corresponding rise in property abandonment, much like its insolvent big brother an hour’s drive south.

If a judge rules against Flint’s effort to cut its retiree health care benefits, the city is expected to join about a dozen cities or counties that have sought help from the courts since the start of the recession.

“If we don’t get any relief in the courts … we are headed over the same cliff as Detroit,” said Darnell Earley, the emergency manager appointed by Gov. Rick Snyder to manage Flint’s finances. “We can’t even sustain the budget we have if we have to put more money into health care” for city workers.

And, if Flint follows a similar path to Detroit after declaring bankruptcy, it could mean pension benefits are the first thing on the chopping block.

This will all become a bit clearer when Detroit bankruptcy judge Steven Rhodes makes his ruling on the city’s restructuring plan. That won’t come until sometime in September.