Deprecated: Methods with the same name as their class will not be constructors in a future version of PHP; WP_Widget_Factory has a deprecated constructor in /home/mhuddelson/public_html/pension360.org/wp-includes/widgets.php on line 544
 New Jersey Pension and Benefit Study Commission | Pension360
Skip to content 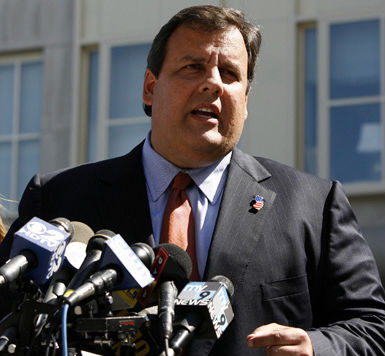 Chris Christie will deliver New Jersey’s “State of the State” address on Tuesday. The question on the minds of lawmakers, labor leaders and public workers is: how much will he reveal about his plans for reforming the state’s pension system?

Christie indicated over the summer that a new round of pension reforms are necessary, and they would likely involve benefit cuts.

But new details have been scarce, and the state’s Pension and Benefit Study Commission hasn’t released its recommendations.

When Gov. Chris Christie delivers his 2015 State of the State address Tuesday, lawmakers and public workers will no doubt be listening for remarks on pension reform.

On the eve of that speech, and months after a commission’s report on recommendations for the ailing pension system was expected to be released, legislators, union leaders and lobbyists say they are expecting to hear from the governor on one of the biggest issues facing Trenton. Christie’s office has not yet provided any details about his annual address to the state Legislature.

The governor made mention of the ailing public employee pension system nine times in his 2014 address, proposing to crack down on pension fraud and engage on pension reform.

“If we do not choose to reduce our soaring pension and debt service costs, we will miss the opportunity to improve the lives of every New Jersey citizen, not just a select few,” he said at this time last year.

The debate over pensions heated up again last spring when a budget gap suddenly erupted and Christie cut back on payments that were promised in a highly touted pension reform law he signed in his first term.

Since late summer, recommending ideas about overhauling public worker pensions has been the job of a bipartisan commission Christie designated. The commission issued a report in September laying out the severity of the state’s unfunded pension and health benefit liabilities, but has not released a final report with recommendations. The commission’s chairman Thomas J. Healey did not return calls for comment.

The state is shouldering $83 billion in pension liabilities, as measured by new GASB accounting rules. 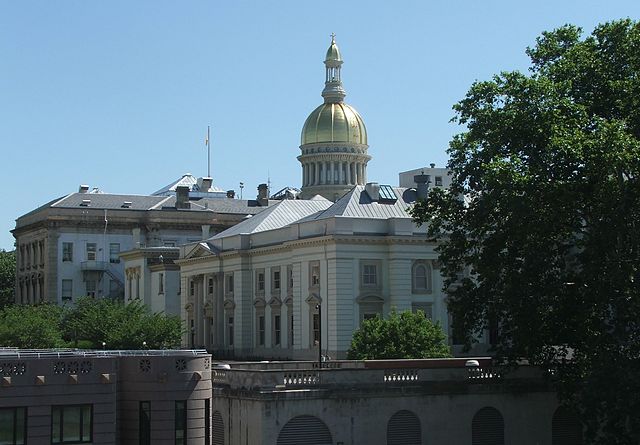 When Chris Christie created the Pension and Benefit Study Commission, the skeptics were quick to point out the politics of the decision.

The panel was formed to recommend reforms for the state’s pension system; but when Christie announced his appointees, some thought its real function was to act as a political shield for the governor, who has said benefit cuts are likely on the horizon for state workers.

The panel is set to release its latest report in November. The editorial board of the New Jersey Star-Ledger says the report will be a “big test” for the panel:

The panel is expected to issue its report within a month. If it offers a lopsided solution that relies entirely on a second round of benefit cuts, its report will be dead on arrival. Democrats would not consider a solution like that, and for good reason.

Democratic leaders say they will not consider more benefits cuts until Christie restores full payments. That can’t be done without a tax increase, which Christie finds equally repugnant.

The job of this panel is to find the political sweet spot, to come up with a repair plan that both sides might accept. If it fails that test, its report will gather dust and its mission will have failed.

In the end, Democrats will have to accept some new benefit cuts. The state’s fiscal condition is much worse than anyone expected when this deal was signed in 2011, thanks mostly to the sputtering economy. If New Jersey had simply matched the average state since the Great Recession, it would have raised roughly $3 billion more in annual revenues and the 2011 reform would probably have survived.

Democrats can’t expect taxpayers to make up the entire shortfall if there are reasonable cuts to be made. One example: In its preliminary report, this panel noted that the state’s health benefits remain generous, and that some might qualify as “Cadillac plans” under Obama care. The state also treats early retirees more generously than Social Security does. The panel, no doubt, will have a long list of soft spots like this.

Christie needs to face reality, too. He can’t expect public workers to bear the entire burden when the state that has shortchanged these funds for so long, and when Christie himself broke his commitment to do better. And after years of fiscal crisis, there is simply no spare money in the treasury. That means a tax increase is needed.

This is a bipartisan panel, but Christie made all the appointments, a big mistake that undercuts its credibility. If its members want to have impact, they will have to declare their independence by offering a balanced repair plan.

If that leaves both sides unhappy, then the panel will have done its job by telling the hard truth about this unforgiving math.

The panel’s first report can be read here. 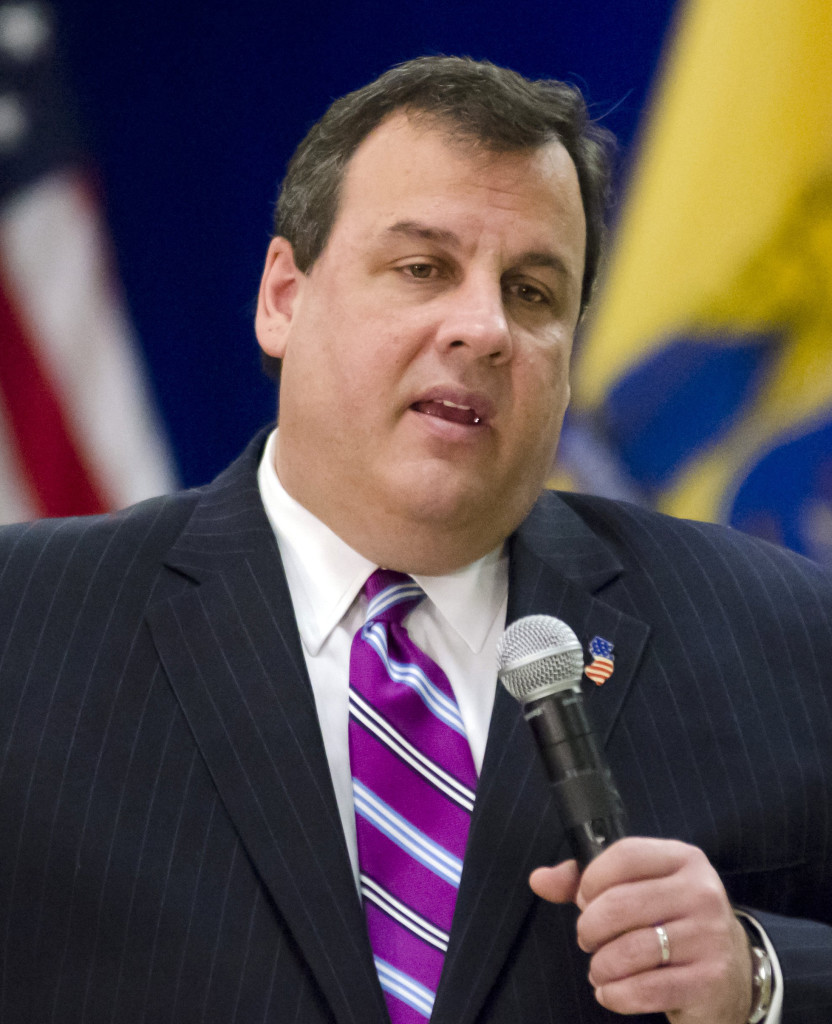 The Daily Record released a scathing editorial today denouncing the efficacy of New Jersey’s Pension and Benefit Study Commission and the motives behind its creation.

The editorial claims that Christie put the panel together to act as a political shield when he eventually cuts worker benefits – which Christie has said will be a major part of the reforms that will eventually be proposed.

Union and Democratic leaders are already denouncing the commission’s report as a sham designed from the start to do little more than bolster Christie’s claims that benefit cuts are the only answer. We can’t blame them. Remember how eager Christie was to declare success when a reform agreement was reached in 2011? That supposedly set New Jersey’s pension system on the road to solvency.

But now we’re being told it’s not even close. What’s happened since then? New Jersey’s economy has continued to lag on Christie’s watch. The governor then reneged on one of the state’s pension payments into the system that was part of that original agreement. That only exacerbated the long-term financial burden and — not coincidentally — furthered Christie’s own argument that more benefit cuts are unavoidable.

This is yet another case of Christie putting his own presidential ambition over the interests of New Jerseyans as he bows to national conservatives. The right wing doesn’t like unions, and will applaud any effort by governors and other elected officials to gut union influence. Slashing and burning public-worker benefits is a means to that end, and Christie is carrying out that task with dedication.

…When the commission delivers its recommendations, expect Christie to repeatedly cite them as “bipartisan” evidence of his wisdom in support of whatever cutback plan he puts forth. Democrats will ridicule the entire process as merely serving Christie’s will. And we’ll be no closer to arriving at some important decisions, in large part because Christie isn’t much worried about what New Jerseyans think anymore. He’s got bigger plans.

Read the rest of the editorial here. 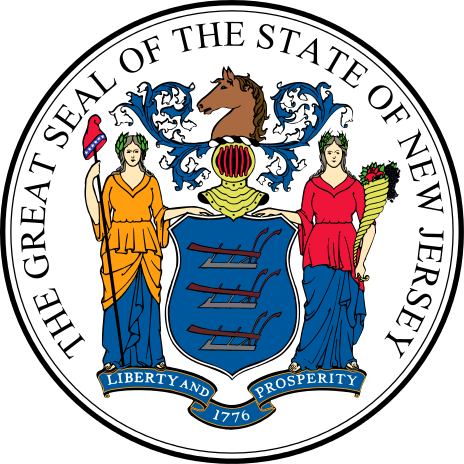 New Jersey’s newly established Pension and Benefit Study Commission is seeking public comments and suggestions regarding the panel’s mission of “making the system sustainable for taxpayers and retirees”.

The panel was created by Chris Christie last month to brainstorm cost-cutting and reform ideas to implement into the state’s pension system.

If you’re interested in providing Gov. Chris Christie with some feedback on how to handle New Jersey’s underfunded public employee pension systems, now is your chance.

The state Department of the Treasury has created a web page and a comments form for the newly formed New Jersey Pension and Health Benefit Study Commission.

That nine-member commission was appointed by Christie in August and tasked with providing recommendations for reforming the system, which has been chronically underfunded by the state for years.

The new web page features short biographies of the nine commission members, a widget that takes viewers to a page on which they can submit feedback and a link to Executive Order 161, which established the commission.

View the website by clicking here or visiting the direct URL: