Deprecated: Methods with the same name as their class will not be constructors in a future version of PHP; WP_Widget_Factory has a deprecated constructor in /home/mhuddelson/public_html/pension360.org/wp-includes/widgets.php on line 544
 Pennsylvania auditor | Pension360
Skip to content

David Sanko, executive director of the Pennsylvania State Association of Township Supervisors, penned an piece in TribLive on Friday claiming that Pennsylvania has a pension crisis – but it’s at the state level, not the municipal level.

Sanko contends that, aside from a handful of horror stories, most of the state’s municipalities aren’t buried in pension liabilities.

A handful of local governments — primarily large and midsize cities like Philadelphia, Pittsburgh and Scranton — have retirement programs that are underwater and have been for quite some time.

These communities are the rule, not the exception, according to recent data from the Pennsylvania Employee Retirement Commission, which has been documenting the distress level of the 1,448 municipalities that receive state aid to offset mandated retirement benefits.

Despite the small number of severely distressed municipal plans, some are portraying the problems of a few as a statewide epidemic and want everyone, including communities that have kept their pension plans healthy and above water, to swallow the same bad medicine.

They’d like to consolidate all local retirement plans into a single statewide system and let the healthy ones’ assets be used to balance the troubled ones. But bigger isn’t better. All we have to do is look at the state’s behemoth and woefully underfunded system, which accounts for 90 percent of the pension stress in the state, for proof of that.

A report from Pennsylvania’s top auditor released last week found that the majority of the state’s municipal pension funds were not “in distress”.

However, 562 plans were classified as “distressed”. 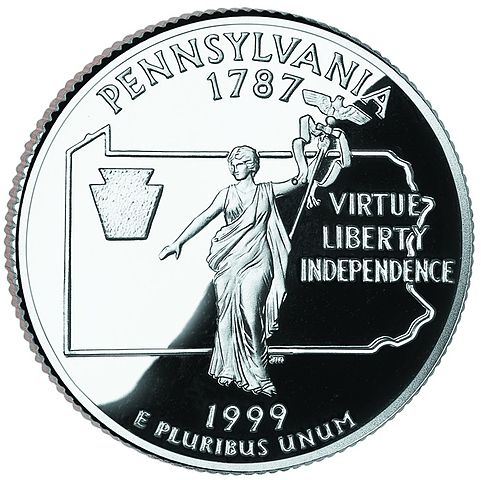 The crux of the auditor’s concern was the millions in fees paid by the system. In an editorial Monday, the Patriot News also questioned the fees incurred by hedge fund investments – including the fees that the public doesn’t know about. From the Patriot News:

The Pennsylvania State Employees’ Retirement System (PSERS) paid about $149 million in fees to hedge funds in fiscal year 2013, according to WITF, the public broadcasting station.

The Philadelphia Inquirer has noted that “It’s hard to know how much Pennsylvania SERS paid, since some SERS hedge fund fees aren’t included in the agency’s annual report.”

WITF also noted that it’s not clear what the pension fund got after paying all that money, which is the point raised by Auditor General DePasquale.

Pennsylvania has been one of the most aggressive states investing in “alternative” vehicles like hedge funds. In 2012, The New York Times reported that Pennsylvania’s state employees pension fund had “more than 46 percent of its assets in riskier alternatives, including nearly 400 private equity, venture capital and real estate funds.”

Those investments cost Pennsylvania $1.35 billion in management fees in the previous five years, according to the Times report.

The editorial wondered whether the state was really getting what it paid for performance-wise. From the Patriot News:

During that time, it appears Pennsylvania paid more and got less than other states did.

Over the five-year period, Pennsylvania’s annual returns were 3.6 percent. During that time, the New York Times report said the typical public pension fund earned 4.9 percent a year. And Georgia, which was barred by law from investing in high-fee alternative funds, earned 5.3 percent a year.

Georgia’s fees were a lot lower, too. For a pension fund about half the size of Pennsylvania’s, it paid just $54 million in fees over the five years. Pennsylvania paid 25 times as much for results that were significantly worse.

Pennsylvania’s two big pension funds are tens of billions of dollars short of being able to pay all the money they’ll owe to retirees.

One has to wonder whether one reason is that the funds are spending too much money on supposedly sophisticated investments that aren’t worth the cost.

It’s a question the Legislature needs to answer.