Deprecated: Methods with the same name as their class will not be constructors in a future version of PHP; WP_Widget_Factory has a deprecated constructor in /home/mhuddelson/public_html/pension360.org/wp-includes/widgets.php on line 544
 Pennsylvania governor-elect | Pension360
Skip to content 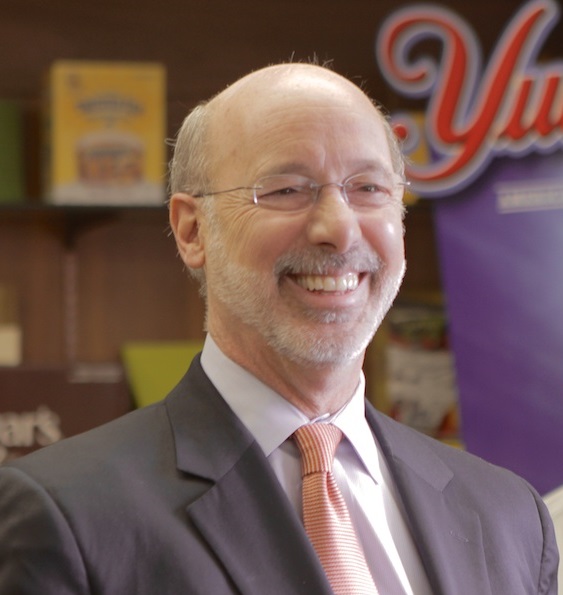 Pennsylvania Gov-elect Tom Wolf, in stark contrast to his predecessor Tom Corbett, has been adamant that he is not on board with any sweeping changes to the state’s pension system.

But Wolf doesn’t take office until Jan. 20 – and some Republican lawmakers are still pushing for a quick passage of reform legislation before Wolf takes his seat.

Gov.-Elect Tom Wolf has not yet set forth any legislative priorities, nor have his public statements provided any proposals to address the major concerns facing our state, including our greatest fiscal challenge — the pension crisis.

Given the magnitude of these problems, I urge the House and Senate leadership to reconvene both bodies immediately after the installation of new members and aggressively advance a pro-growth/good government agenda for the citizens of Pennsylvania.

The problems facing Pennsylvania are so pressing that waiting weeks more to address them is a disservice to the taxpayers.

The Legislature’s commitment eight years ago to not return for Sine Die session in the fall has been important for all the right reasons.

Sine Die sessions have been outlawed in many states because of their lack of accountability since outgoing members do not have to answer to the voters. An interregnum session in January poses no such concern.

The governor has no formal role in the legislative process and has no authority to act until after a bill, passed by a legislature representing the people, is sent to his desk for signature.

Waiting for Gov.-elect Wolf to take office before addressing the pressing needs of our state would be unnecessary and, some might argue, irresponsible.

Rep. Mike Tobash, R-Schuylkill introduced a bill in the previous session that would shift some employees into a 401(k)-style system.

But any sweeping pension reform proposals are unlikely to go anywhere under Tom Wolf, who says the state’s previous reforms need time to work. 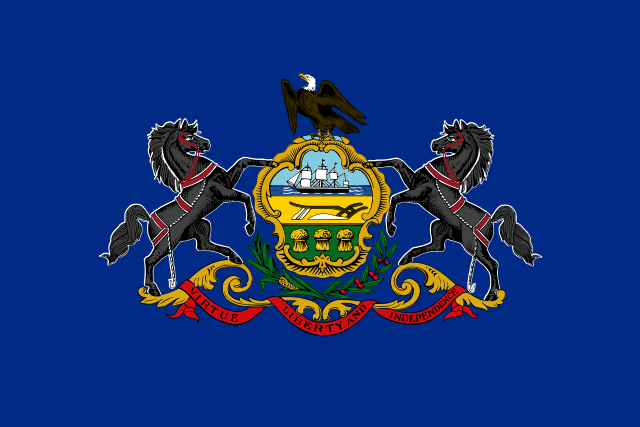 Last week, a Pennsylvania lawmaker proposed levying a shale tax of 3.5 percent on the state’s frackers. The revenues – estimated to be $400 million annually – would then go to paying down the Public School Employees’ Retirement System’s (PSERS) unfunded liabilities.

One Pennsylvania newspaper agrees that paying down pension liabilities should be a top priority. But it disagrees that a shale tax is the way to do it.

From the Pittsburgh Tribune Review editorial board:

Incoming Senate Majority Leader Jake Corman, R-Centre, during a Pennsylvania Manufacturers Association forum at the Pennsylvania Society gathering in New York earlier this month, said he’s willing to consider the severance tax if Wolf will negotiate on pensions. Going beyond compromise, that sets up GOP lawmakers to capitulate to Wolf’s taxing agenda.

Allegheny Institute scholar Frank Gamrat reminds that the extraction tax would have to compensate for the state-mandated elimination of the impact fee, a levy that has brought counties and municipalities nearly $130 million over the last three years. And for the tax to yield the Wolf-estimated $1 billion-plus at current gas prices, “production would have to rise by more than 50 percent.” It’s a quite iffy proposition given current market trends.

A too-high severance tax “could have adverse consequences for Pennsylvania,” says Gamrat. GOP leaders must take heed when he urges that the Legislature not spend “a great deal of (its) time and political capital” on a severance tax and focus instead on “pension reform” to address “the principal cause of the commonwealth’s budget problem.”

The Public School Employees’ Retirement System was 63.8 percent funded as of June 30, 2014.

Pennsylvania’s outgoing governor, Tom Corbett, made reforming the state’s pension system his top priority over the last year. But his plan – which would shift new hires into a “hybrid” plan with characteristics of a 401(k) – failed to enthuse most legislators.

Still, two pension bills are still sitting in the legislature, and they are likely to be brought up again in 2015. The first bill mirrors Corbett’s “hybrid idea”. As described by the Scranton Times-Tribune:

The hybrid plan, proposed by state Rep. Seth Grove, R-York, would maintain defined benefit plans for current employees and retirees and shift new hires into a plan that has features similar to 401(k) plans.

The proposal has several provisions to help municipalities reduce pension deficits, including guaranteeing a rate of investment return and allowing any excess earnings to be used to reduce the pension plan’s unfunded liabilities, said Rep. Grove.

The bill was introduced in the last legislative session, but never made it out of the Local Government Committee. Rep. Grove said he plans to reintroduce the bill in the next session.

The other bill takes a different approach. From the Times-Tribune:

The other bill focuses on reforming Act 111, which requires binding arbitration when a municipality is unable to reach a contract with its police or firefighters unions.

State Rep. Rob Kauffman, R-Chambersburg, introduced a bill last year that would, among other things, require an arbitrator to consider a municipality’s ability to pay when issuing an award. It did not make it out of committee, but is expected to be reintroduced this session, said Rick Schuettler, executive director of the Pennsylvania Municipal League, which supports the legislation.

Municipal officials statewide have long-complained that binding arbitration is stacked in favor of the unions, with arbitrators often issuing excessive awards.

How likely are these bills to gain any traction? The second one has the better chance, because incoming Gov. Tom Wolf is opposed to changing the pension system to a “hybrid” plan. 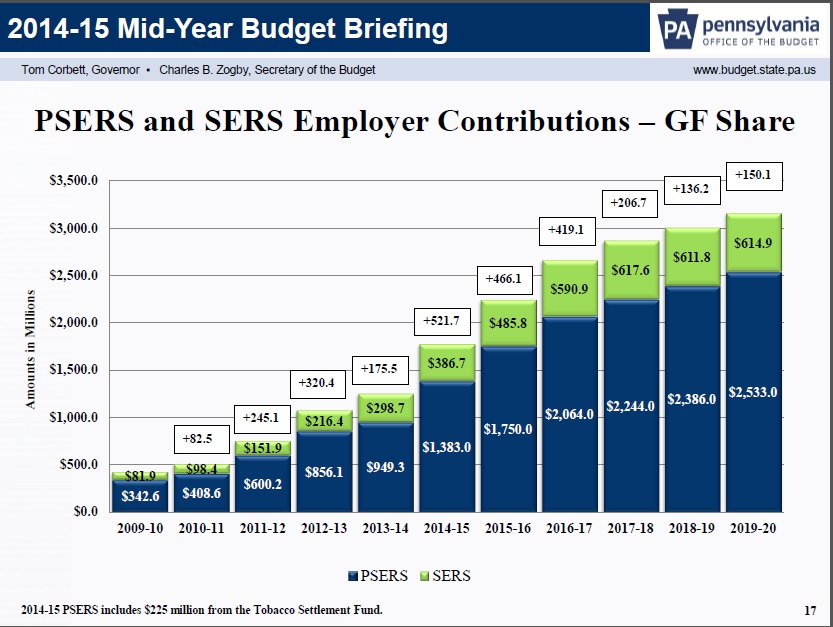 Pennsylvania’s required annual contributions to its two pension systems are set to grow by $466 million next year – bringing the state’s tab in 2015 to over $2 billion.

The information was revealed by the state’s budget secretary during an annual update on the state’s fiscal condition.

From the PA Independent:

State-level contributions to Pennsylvania’s two pension plans will have to climb by an estimated $466 million in the next budget, after an increase of about $520 million this year. Next year could be considered the mid-point of a decade-long “pension spike” that sees retirement costs consuming larger and larger shares of the state’s spending each year.

After four years of seeing pension costs grow — the state spent about $500 million on pensions in the last budget before Corbett took office, compared to more than $1.7 billion this year — and making limited headway on any changes to how the state pays for its employees’ retirement, the governor’s team will soon hand responsibility to Wolf.

The pension crisis has its roots in a series of decisions made by three different governors and state legislatures between 2001 and 2003. A series of changes to the pension plans increased benefits without asking state workers to contribute more towards retirement, boosted retirement benefits for those who were no longer working at all and allowed the state to take a decade-long “pension holiday” without paying for those increased costs.

It was also revealed that pension payments could rise above $3 billion annually by 2019.

Tom Corbett has until January 20 before Tom Wolf takes over as governor of Pennsylvania. Corbett has spent the last year pushing for pension reform, but the proposed bills never gained traction in the legislature.

Now, a handful of lawmakers are considering quickly putting together and pushing through a pension reform bill — although the odds of it coming together so quickly are unlikely.

From the Pennsylvania Independent:

There’s still technically time for a final drive to pass legislation near and dear to conservatives. Whether lawmakers and outgoing Gov. Tom Corbett use it or just take a knee is the question.

State Sen. Jake Corman, the new Republican majority leader in his chamber, hasn’t ruled out having session days in the two weeks that fall between new lawmakers being sworn in Jan. 6 and Democratic Gov.-elect Tom Wolf taking office Jan. 20.

But, Corman told the PA Independent on Monday, it’s “highly, highly unlikely” legislation as complicated as liquor privatization or pension reform could be ready to sign before Corbett leaves office.

“We may get them started,” said Corman, a Centre County Republican who chaired the Appropriations Committee before ascending to floor leader earlier this month.

For anything to get to Corbett’s desk before his term ends, the state House would also have to convene, and legislation would have to clear both chambers. There’s time for it to happen, but bills would have to move quickly.

State Rep. Dave Reed, R-Indiana, the new House majority leader, has read about Corman’s comments, but said there have been no discussions in the House about a topic that’s quickly become political water cooler talk.

State Rep. Fred Keller, R-Snyder, said there has been “scuttlebutt” among rank-and-file lawmakers about the possibility of convening during the two-week period known as interregnum.

Keller would “absolutely” be in favor of it, he said, especially if pension reform is addressed. He also sees the controversial paycheck protection as possible legislation that could arise in the final weeks before Wolf takes over.

At least one lawmaker wouldn’t be on board with pushing through pension reform before Wolf takes officer. From the Independent:

Senate Minority Leader Jay Costa, D-Allegheny, has already sounded alarms that having a session before Wolf takes office would be “inappropriate, unprecedented and inexcusable.”

“The ill-conceived idea to empower and use an unaccountable governor in his last days in office to revive already rejected policies would be viewed as an act of desperation and a serious blow to reform,” Costa said in a written statement. “I would be very surprised if Governor Corbett would allow himself to be used by Republican leadership in this way.”