Deprecated: Methods with the same name as their class will not be constructors in a future version of PHP; WP_Widget_Factory has a deprecated constructor in /home/mhuddelson/public_html/pension360.org/wp-includes/widgets.php on line 544
 pension payouts | Pension360
Skip to content 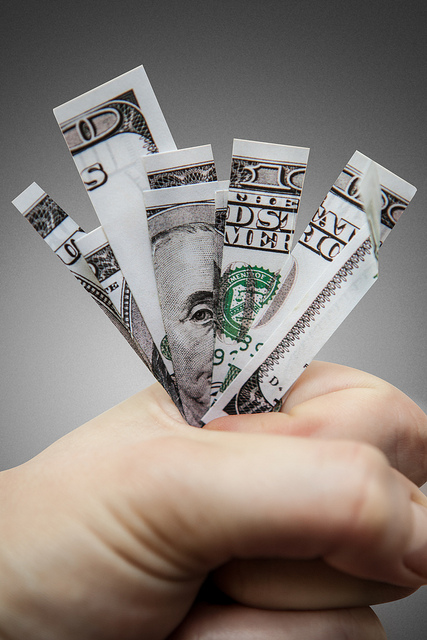 The Oregon Secretary of State’s office has released the results of an audit that investigated the possibility that Public Employee Retirement System workers were “spiking” their pensions in the years before retiring.

The audit, which was conducted to determine whether “spiking” played a part in the retirement system’s rising costs, found no evidence that such a tactic is practiced.

[The audit can be found here.]

From the Statesman Journal:

PERS costs may have risen, auditors said, but “spiking” wasn’t the reason.

State auditors examined more than 14,000 PERS records for people who retired between 2010 and 2013. They found the records showed no “systemic pension inflation or salary growth issues.”

“We also found that provisions of individual employment contracts may have an effect on pension payouts. However, the inflation of pensions, either intentional or unintentional, appears infrequent,” the auditors wrote.

“The impact on PERS appears to be negligible.”

Most retirees use a formula that is based on an average of their final three years of salary and the number of years they have worked as a member of PERS.

That formula can theoretically be manipulated if an employee suddenly receives abnormally large raises at the end of his or her career or some other type of large, abrupt compensation.

It’s called “spiking” — the act of making a salary and the resulting pension suddenly jump into the stratosphere.

However, in nearly every case state auditors found suspicious (and there were very few), the “spike” in salary was explained by a completely normal employment event, auditors said.

The full audit can be read here.

Officials from the Nevada PERS are disputing a think tank report that claimed public pensioners were making more money in retirement than they did while working.

The report was produced by the Nevada Policy Research Institute.

But Nevada PERS says the findings were based on a small sample size that renders the results meaningless.

From the Las Vegas Review-Journal:

A retirement system official said Thursday a report showing that some public employees who retire collect more in pension benefits than they did while working was based on less than 2 percent of beneficiaries.

The analysis also does not reflect changes to the retirement plan made in 1985 that reduced pension payouts, said Tina Leiss, executive officer of the system.

The conclusions in the report issued by the Nevada Policy Research Institute, a conservative think tank based in Las Vegas, do not account for the vast majority of the members and retirees of the Public Employees’ Retirement System, she said.

“It appears that the analysis was based on a review of 790 retirees whereas there are currently 49,179 retirees (not including survivors and beneficiaries) receiving benefits from the system,” Leiss said. “Over the last 3 fiscal years, approximately 12 percent of those retiring in those years did so with 30 or more years of service while approximately 88 percent did so with less than 30 years of service.”

NPRI officials have used the analysis as evidence of the need for reforms to the public employee retirement system, but Leiss said the analysis is not representative of the benefit structure in place for almost ail current members of the system. Benefits were reduced in 1985 from 90 percent to 75 percent of average compensation for newly hired public employees, she said.

The executive vice president of the NPRI responded:

Victor Joecks, executive vice president at NPRI, said PERS likes to use averages to make its case, which is why the analysis looking at those retiring with 30 years of service is so important. Those with 30 years or more can begin collecting their pensions in their 50s while private-sector workers have to put in much more time to collect Social Security, he said.

Public employees in PERS do not participate in Social Security.

“What it shows is the PERS system has a big inequity in it,” Joecks said. “If you only work for five years or 10 years it’s not a very good system for you.”

Including a 401(k) type of element to the public pension plan would work better for younger workers who don’t plan to make a career in public service because it stays with the employee, Joecks said.