Deprecated: Methods with the same name as their class will not be constructors in a future version of PHP; WP_Widget_Factory has a deprecated constructor in /home/mhuddelson/public_html/pension360.org/wp-includes/widgets.php on line 544
 philadelphia | Pension360
Skip to content

David Sanko, executive director of the Pennsylvania State Association of Township Supervisors, penned an piece in TribLive on Friday claiming that Pennsylvania has a pension crisis – but it’s at the state level, not the municipal level.

Sanko contends that, aside from a handful of horror stories, most of the state’s municipalities aren’t buried in pension liabilities.

A handful of local governments — primarily large and midsize cities like Philadelphia, Pittsburgh and Scranton — have retirement programs that are underwater and have been for quite some time.

These communities are the rule, not the exception, according to recent data from the Pennsylvania Employee Retirement Commission, which has been documenting the distress level of the 1,448 municipalities that receive state aid to offset mandated retirement benefits.

Despite the small number of severely distressed municipal plans, some are portraying the problems of a few as a statewide epidemic and want everyone, including communities that have kept their pension plans healthy and above water, to swallow the same bad medicine.

They’d like to consolidate all local retirement plans into a single statewide system and let the healthy ones’ assets be used to balance the troubled ones. But bigger isn’t better. All we have to do is look at the state’s behemoth and woefully underfunded system, which accounts for 90 percent of the pension stress in the state, for proof of that.

A report from Pennsylvania’s top auditor released last week found that the majority of the state’s municipal pension funds were not “in distress”.

However, 562 plans were classified as “distressed”.

Philadelphia acted illegally when it made changes to its Deferred Retirement Option Plan (DROP) in 2011 without first negotiation the changes with unions, according to a hearing examiner for the Pennsylvania Labor Relations Board.

The changes were meant to reduce the cost of the DROP, but unions quickly challenged the changes.

City Council voted unanimously in 2011 to reduce the cost of the retirement program by tweaking its eligibility requirements and changing the way the interest rate is calculated on workers’ DROP accounts. Nutter vetoed the legislation only because he didn’t think it went far enough: He wanted to nix DROP altogether.

District Council 33 and District Council 47, which represent the city’s blue- and white-collar workers, promptly filed challenges to the law, arguing that the city could not unilaterally make changes to DROP without bargaining with the unions.

A hearing examiner for the Pennsylvania Labor Relations Board agreed with both unions, writing in both initial decisions last month:

“Having considered the respective arguments of the Union and the City, I must conclude that the record in this case supports finding that the City violated its duty to bargain as set forth in Sections 1201(a)(1) and (5) when it enacted the 201l DROP ordinance amendment.”

Sam Spear, a lawyer for District Council 33, says the union is pleased with the orders.

“[Union president] Pete Matthew testified before the bill was passed at City Council and he told them if you do this, it would be illegal,” he says, “The hearing examiner agreed with us 100 percent, and I think the labor board will agree with us 100 percent.”

The DROP changes haven’t yet affected any city workers. That’s because the implementation of the changes were put on hold after challenges by unions. 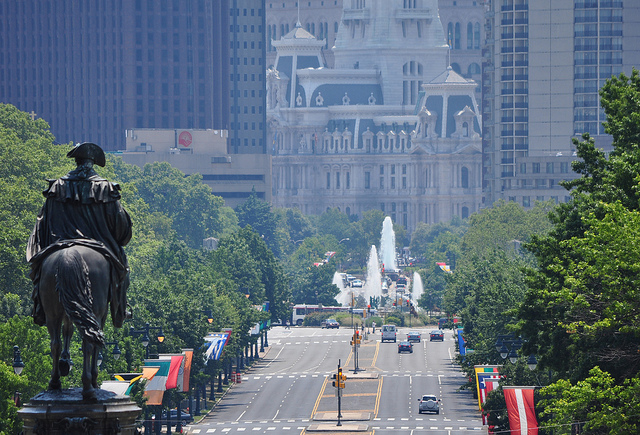 After years of negotiations, Philadelphia and its largest union have come to an agreement on a new labor contract that has implications for the city’s pension system and the workers that pay into it.

The union, AFSCME District Council 33, indicated that its members will overwhelmingly approve the deal.

A major provision of the deal gives employees a choice between several retirement plan options. Employees will also have to pay more into the pension system. From Business Insurance:

[The deal] will increase employee contributions to the pension fund and allow new employees the choice between a hybrid plan and the traditional pension plan, said Mark McDonald, a spokesman for Mayor Michael A. Nutter.

The contract agreement term is retroactive from July 1, 2009, through June 30, 2016. Terms of the contract must be ratified by members of DC 33.

All employees hired after the contract is ratified can either enter the defined benefit plan and pay 1% more than current participants or enter a hybrid plan. Current employees have 90 days following ratification to make an irrevocable election to move to the hybrid plan.

The rest of the deal, as reported by ABC:

The newly reached seven year tentative agreement is retroactive from July 2009 and expires in 2016.

Also in the deal – employee contributions to pensions will increase and the city will pay a one-time $20 million lump sum into their healthcare.

In the future, the city will be able to use temporary layoffs, if needed, during an economic crisis.

The deal marks a compromise for both sides. According to WPVI, the deal will prove expensive for the city—estimates put the cost at $127 million over five years—that will require some budgetary finagling.

One major concession for the union was that sick leave will no longer be eligible for overtime pay. 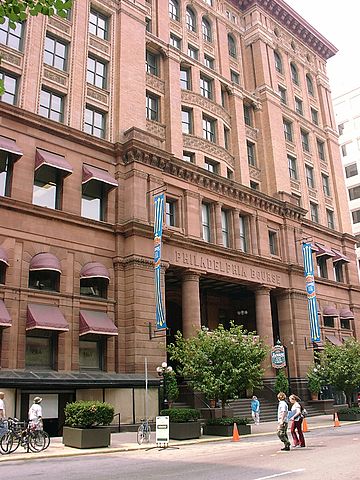 The Philadelphia Board of Pensions, the entity that handles investments for the city’s pension funds, released its annual return data this week. The fund returned just over 15 percent for the fiscal year. From the Philadelphia Enquirer:

The total fund ended the fiscal year up 15.6 percent, outperforming its benchmarks by 1.96 percent. A more narrow portfolio, managed internally, did well, too, showing an 11.97 percent return, about 3.5 percent higher than similar benchmark funds.

The city’s pension system is severely unfunded, with only about half the money it needs to pay its $5 billion in obligations to current and future retirees.

The fund altered its investment strategy in recent years, in large part to the hiring of Chief Investment Officer Sumit Handa. From the Inquirer:

The board’s investment strategy has been revamped with the arrival three years ago of Handa and executive director Francis X. Bielli.

While investment firms handle the bulk of funds, the pension board staff manages a portfolio of about $260 million, or 5.3 percent of the pension fund. Known as the Independence Fund, it is designed as a “tactical” fund, Handa said, to be used to rapidly respond to opportunities the staff might see.

It strives for high returns at low risk. Since it was established in early 2012, it has been an overachiever by those standards. Outperforming its benchmark, it has shown only a third of the risk associated with investing in the S&P 500, while achieving 60 percent of the rate of return.

The S&P 500 returned 21 percent over the period (July 1- June 30) that the Board of Pensions reported their annual return.