Deprecated: Methods with the same name as their class will not be constructors in a future version of PHP; WP_Widget_Factory has a deprecated constructor in /home/mhuddelson/public_html/pension360.org/wp-includes/widgets.php on line 544
 Maverick CalPERS Board Member Won’t Run Again | Pension360
Skip to content

Reporter Ed Mendel covered the California Capitol in Sacramento for nearly three decades, most recently for the San Diego Union-Tribune. More stories are at Calpensions.com

CalPERS board member J.J. Jelincic, known for being reprimanded by fellow board members and asking frequent and detailed questions about agenda items, was expected to seek a third four-year term but decided not to run.

A collective sigh of relief from the board majority of the California Public Employees Retirement System may be premature.

A late entry last week in the race for the open seat, Michael Flaherman, a former board member, criticized the CalPERS board for watering down private equity fee reform legislation and has supported Jelincic in his latest board battle, calling it “procedurally atrocious.”

Among the three other candidates for the open seat is the current chairman of the CalPERS finance committee, Richard Costigan, who wants to switch from one-year appointments to an elected four-year term.

Costigan has been annually chosen by the State Personnel Board to fill its seat on the CalPERS board for seven years in a row. His appointment by former Gov. Arnold Schwarzenegger to a 10-year term on the Personnel board expires this year.

The other candidates are David Miller, a state Department of Toxic Substances Control scientist, and Felton Williams, a retired Long Beach Community College dean of business and social sciences.

The major public employee unions have not yet publicly endorsed a candidate. Flaherman said he has the endorsement of two large retiree groups, the Retired Public Employees Association and the California State Retirees.

Jelincic has been at odds with the CalPERS establishment since winning a race for an open board seat in 2009. It was a rare, if not unprecedented, case of a CalPERS employee becoming one of the 13 members of the powerful CalPERS board.

With the backing of the two retiree groups and a $74,812 contribution from the American Federation of State, County and Municipal Employees, the 25-year CalPERS investment officer defeated a candidate backed by the Service Employees International Union. 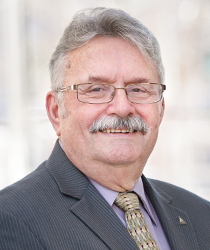 In his first year on the board, Jelincic was reprimanded by the CalPERS board for sexual harassment of co-workers, with words and suggestive looks. He was stripped of some committee posts and ordered to take sensitivity training.

Jelincic remained on his CalPERS job until being placed on leave with pay early in 2011. Three opinions from the state attorney general said he should not participate in board meetings on personnel, particularly about top management under which he may serve later.

The CalPERS board reprimanded Jelincic again for telling Pensions and Investments in 2014 that the newly promoted chief investment officer, Ted Eliopoulos, “doesn’t have the temperament or the management skills” needed for the job.

Jelincic told the publication he worked under Eliopoulos from 2007 until being placed on leave. Eliopoulos and another CalPERS officer reportedly had warned Jelinicic in 2009 about complaints of sexual harassment.

Two years ago, Jelincic seemed to trigger a committee discusion of “board member behavior” after filing Public Records Act requests to get weekly reports from new federal lobbyists, as specified in the contract, rather than monthly reports approved by the board.

A more serious clash surfaced at a CalPERS board meeting in Monterey last January. Board member Bill Slaton accused Jelincic of leaking confidential information from a closed-door session and urged him to resign.

The confrontation was first reported by Yves Smith on her website, Naked Capitalism. Flaherman said the article was accompanied by his video of the meeting, taken after Jelincic told him a key part might be omitted in the CalPERS video.

The CalPERS board disciplined Jelincic by requiring him to attend special training on open-government laws, the Sacramento Bee reported last month. Jelincic denies that he leaked the information, which remains formally unidentified because it’s confidential.

Jelincic said last week the latest disciplinary action isn’t the reason he decided not to run for re-election — adding if anything, it would motivate him to remain. But he will soon be 69 years old, Jelincic said, and he pointed to the frustration expressed on his website.

“I originally ran for the CalPERS Board because I thought the Board was not doing its job and was too often being manipulated by staff,” Jelincic said on his website. “After eight years on the Board, I can tell you it was even worse than I realized.”

He helped improve the situation, Jelincic wrote, but in doing so “angered some senior management and fellow Board members who are invested in the status quo. It is clear to me that this Board has abdicated its responsibilities to challenge, monitor and supervise the staff.”

Jelincic said the staff controls information given to the board, which routinely rubber stamps staff recommendations. He apparently referred to a closed-door action last September, not revealed until November, that shifted investments to less risky but lower-yielding investments.

As an alternative, Jelincic has suggested CalPERS could look at covering four years of costs with bonds and other nearly risk-free investments, while putting much of the portfolio (valued at $323.3 billion last week) into riskier but potentially higher-yielding investments.

Flaherman also has ideas for change. He was a Bay Area Rapid Transit planner when elected to two four-year terms on the CalPERS board ending in 2002, followed by a decade of work for a private equity firm before becoming a visiting scholar at UC Berkeley.

Last year Flaherman said he got help from Jelincic in persuading state Treasurer John Chiang to seek legislation requiring more disclosure of private equity fees. He said AB 2833 was weakened by CalPERS, which reportedly feared some firms might reject investments.

If Flaherman is elected to the CalPERS board, he might be an advocate of change much like Jelincic. But he would not have the burden of being suddenly promoted from subordinate to superior, while continuing to wear both hats within the bureaucracy.

“We’d like to have a collegial board again, a board that works together,” Rob Feckner, CalPERS board president, told the Bee last month. “Mr. Jelincic can have great value if he puts his efforts in a positive manner.”

Jelincic is scheduled to leave the board in January. Active and retired CalPERS members are eligible to vote in the election for his open seat. Voter turnout often is very low, about 16 percent of 1.3 million eligible voters when Jelincic won in 2009.

In another election for a similar board seat, board member Michael Bilbrey is running for re-election with some union support.