Deprecated: Methods with the same name as their class will not be constructors in a future version of PHP; WP_Widget_Factory has a deprecated constructor in /home/mhuddelson/public_html/pension360.org/wp-includes/widgets.php on line 544
 Fred Buentrostro | Pension360
Skip to content 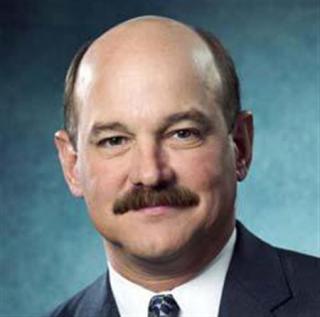 For years, CalPERS—the largest public pension fund in the country— was a hotbed of backdoor scheming, shady dealings and outright fraud.

That was thanks to two long-time friends, Fred Buenrostro and Alfred J.R. Villalobos, who we now know (well, allegedly) profited greatly from greasing the wheels on billions of dollars of CalPERS investments from behind the scenes in 2007-2008, and probably years before.

The story starts in 2007 when Villalobos, acting as a placement agent, was hired by the investment firm Apollo Global Management to secure investment business from CalPERS.

And, with the help of Buenrostro, he would get it, although not by legal means:

The two men created a series of fake letters on CalPERS’ stationery to make sure Villalobos got paid millions in commissions by a Wall Street private equity firm that was investing the pension fund’s money.

Buenrostro created phony letters on the pension fund’s letterhead after another CalPERS official refused to sign the disclosure documents. After receiving the letters, Apollo was able to obtain $3 billion in CalPERS investments between August 2007 and April 2008.

Villalobos, by the way, earned around $50 million worth of commission from those deals, according to CalPERS reports.

But Buenrostro made out well, too: after he retired from CalPERS in 2008, he was allegedly gifted a free Tahoe condo and a cushy job at Villalobos’ investment firm.

Thankfully, it didn’t take long for their scheme to unravel:

In March 2013, former California Public Employee Retirement System CEO Fred Buenrostro was indicted by a San Francisco grand jury and charged with conspiracy in connection with a scheme involving fraudulent documents related to a $3 billion investment by the retirement system in funds managed by Apollo Global Management.

Now, over a year after charges were filed against the two men, it seems one of them has finally admitted to himself that the gig is up—Buenrostro’s lawyer told a judge Monday that he plans to enter a guilty plea and cooperate with authorities. That includes assisting the government with its case against Villalobos.

Buenrostro’s plea bargain isn’t yet final, so it isn’t clear how much jail-time he is now looking at.

This isn’t nearly the first time corruption and fraud has made its way in the public pension system, and it won’t be the last. That’s why its important to assign some numbers to these news stories—if only so we can appreciate the tangible costs that this type of cronyism incurs to the system, its members and taxpayers on the whole.

CalPERS had been putting money in Apollo funds for years—at least as far back as 2002. But the alleged misconduct supposedly happened between 2007 and 2008, when CalPERS put quite a lot of money in the hands of Apollo.

CalPERS still has all of those funds on the books as of 2013 except for two: Real Estate Investment and Europe Principal Finance. The system offloaded those two in 2012 with mixed results—Real Estate Investment Fund had lost $19 million of its book value, a 32% loss. Meanwhile, Europe Principal Finance had fared well, and saw its value increase 23% by the time CalPERS got out.

Of the four funds still on CalPERS’ books, three of them are now worth significantly less than their book value: Investment FD III LP is down 43%; Group Inc Cl A is down 57%; and Global Management LLC was down over 8%. All in all, those funds lost about $56 million of their book value. (These are all 2013 numbers—the most recent CalPERS provides.)

However, CalPERS got bailed out by one Apollo fund which did so well it erased all those losses and then some: the Investment Fund VII LP, whose market value in 2013 stood 47% higher than its book value. If CalPERS got out today, they would come out with over $200 million.

With great risk comes great reward. And Fund VII was certainly a risk—it was invested heavily in distressed companies:

It paid off for CalPERS, as Fund VII has been one of the best-performing private equity funds in the world since 2008.

Still, four out of those six funds lost value. If CalPERS had invested that money in other funds, would they have fared better? We’ll never have any idea.

But the point is, these investment decisions were not made on the merit of the investments themselves, but instead on the basis of friendship and monetary gain for the dealmakers involved.

Oh, and the corruption (that we know about) goes back even further than 2007:

In late May 2004, Alfred Villalobos hosted a meeting at his home in Nevada, a few miles from Lake Tahoe and the California border. Villalobos was joined by David Snow, the Chairman and Chief Executive Officer of Medco Health Solutions, one of the nation’s largest pharmacy benefit management (“PBM”) companies, and Fred Buenrostro, who was the Chief Executive Officer of CalPERS at the time.

Soon after the May 2004 meeting at the Villalobos home, Medco agreed to retain Villalobos as a consultant and pay him $4 million.

In October 2005, the year after Buenrostro got married on Snow’s consultant’s dime, Medco got the CalPERS contract.

That contract was worth $48 million dollars, and you can bet Villalobos got a hefty finders fee for that, too.

One thing’s for sure: he’ll be able to afford a lot of cigarettes in prison.