Deprecated: Methods with the same name as their class will not be constructors in a future version of PHP; WP_Widget_Factory has a deprecated constructor in /home/mhuddelson/public_html/pension360.org/wp-includes/widgets.php on line 544
 With Deadline Looming, Pennsylvania Gov. Refuses to Sign Budget Without Pension Reform | Pension360
Skip to content 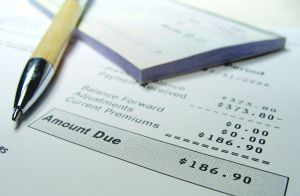 While most of the world was sleeping last week, lawmakers in Pennsylvania were scrambling to put the finishing touches on the state budget before the constitutionally-mandated midnight deadline. A little more than an hour before the clock struck 12, a budget was finally put on the desk of Pennsylvania Governor Tom Corbett. Only one problem: he won’t sign it. From the Philadelphia Enquirer:

Gov. Corbett refused late Monday to sign a $29.1 billion budget that the Republican-controlled legislature scrambled to deliver to him just 90 minutes before the midnight deadline.

The legislature approved a plan that includes some increased money for schools, and would not raise any taxes or impose new ones.

But Corbett, a Republican facing a tough reelection battle in the fall, signaled disappointment that the legislature was unable to deliver on one of his priorities: a measure that would change pension benefits for new employees.

“The budget I received tonight makes significant investments in our common priorities of education, jobs, and human services,” the governor said in a statement shortly before 11 p.m. “It does not address all the difficult choices that still need to be made. It leaves pensions, one of the largest expenses to the commonwealth and our school districts, on the table.”

He added: “I will continue to work with the legislature toward meaningful pension reform. I am withholding signing the budget passed by the General Assembly while I deliberate its impact on the people of Pennsylvania.”

It was unclear how long Corbett, who has often boasted of his record of delivering on-time budgets, would hold out. A protracted stalemate could affect the state’s ability to pay bills or workers.

The decision between funding pensions and funding the rest of the state is a difficult one. The ordeal has put Gov. Corbett in between a political rock and a hard place, and its unlikely he will come out of this process unscathed–at least in the electorate’s eyes:

Down by double digits in public opinion polls, Republican Gov. Tom Corbett has few good political choices when deciding by Friday whether to sign the state budget — except some high-risk options of taking on the Legislature, analysts say.

“None of them are great options for the governor in an election year,” said Christopher Borick, a professor and pollster at Muhlenberg College in Allentown. Corbett of Shaler trailed Democrat Tom Wolf of York by 22 points in a Franklin & Marshall poll last week on the November election.

And what are his options, exactly?

• Let it become law without his signature on Friday, because a governor has 10 days to consider legislation before it automatically becomes law;

• Veto some spending in the bill, including the Legislature’s funding.

Corbett could call a special session, which requires lawmakers to gavel into session, but he cannot compel them to consider pension reform if they return.

Lawmakers can gavel out of special session and into regular session to consider anything they want.

“It seems like a no-win situation,” said Michael Federici, a political science professor at Mercyhurst University in Erie. “The closer you get to an election, the less willing Republicans will be to sign on” to pension reform.

Gov. Corbett needs to make a decision by Friday–if he doesn’t veto the bill, it will automatically become law.
Photo by Keith Ramsey via Flickr CC